County residents pushed back on environmental injustices and held elected officials to their commitments on climate change.

MIAMI — On Saturday, January 21, Miami-Dade County officials and community-based organizations Catalyst Miami and Miami Climate Alliance hosted a town hall to mark the next phase in the implementation of the County’s Climate Action Strategy. At the town hall, Miami-Dade County Mayor Daniella Levine Cava answered questions about the strategy’s timeline and addressed residents’ feedback about how projects have been implemented.

Concerned community members, representatives from local resiliency boards, and County stakeholders packed the Main Library auditorium and engaged directly with the Mayor and County department heads on their commitments to equity in their climate action work. Several members of Catalyst Miami’s Overtown Community Champions team were in attendance and tasked the County representatives with more transparency and action, especially when it comes to infrastructure projects in historically disinvested neighborhoods.

“In my neighborhood of Overtown, you know we have the I-395 that’s going through there, and there’s going to be a lot more traffic than before,” said Casey M., an Overtown Community Champion, to a panel of County officials. “I’m thinking about people who are already at a disadvantage with the construction and the pollution. Also we have landfills and a waste disposal place just up the street from where I live, and also we have power plants. … We have parks that are built over landfills. And I know that Overtown is now becoming an emerging community, where it’s being looked at as some place that’s higher ground that people want to move there. What plans do you have in cleaning up those areas? … What’s going to happen to all those people? Where are we supposed to live?”

“We understand there’s a trust deficit, especially in communities that have been historically harmed, even by your own county government, in the past,” said Juan Felipe Visser, Deputy Director of Equity & Engagement, Office of Miami-Dade County.

Mayor Cava committed to a new set of community recommendations and told the town hall attendees that progress on the Climate Action Strategy would be detailed in a report to be released by Earth Day, 2023. The recommendations are the product of two years of collaboration between County staff, community leaders, and residents. The framework breaks down how local governments can address legacies of exclusion, increase transparency, and develop the best solutions when everyone has a seat at the table.

Attendees reiterated during the session their desire to see County representatives meet with residents more often, especially when the County is making decisions about their neighborhoods. Chief Resilience Officer Jim Murley acknowledged his team’s desire to host more of these community conversations and shared that additional meetings would be scheduled in the coming months to get community members’ feedback on the Climate Action Strategy’s latest progress.

Founded in 1996, Catalyst Miami is an economic justice nonprofit organization whose mission is to identify and collectively solve issues adversely affecting low-wealth communities in Miami-Dade County. Learn more at www.catalystmiami.org.

The Miami Climate Alliance was convened in 2015 by a diverse group of Miami-Dade residents and now represents countless individuals and 152 member organizations. The Miami Climate Alliance works for equity and resilience by activating community through strategic action, increasing understanding of climate change as a threat to all forms of justice, and building urgency around our shared community well-being. Our mission is to achieve justice for all of Miami's communities in the face of climate change and its effects. https://miamiclimatealliance.org/ 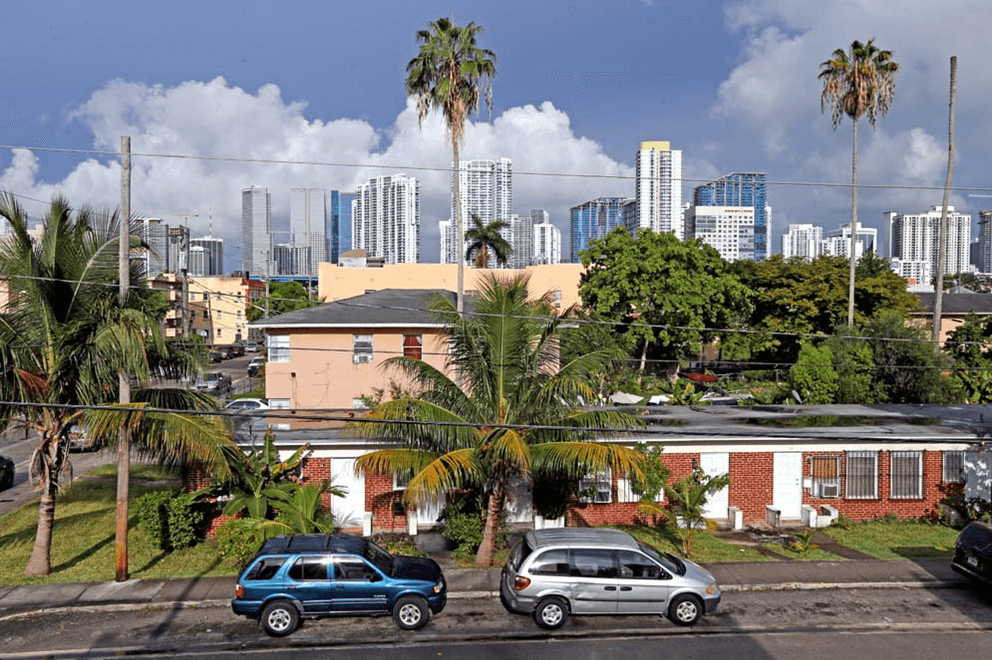