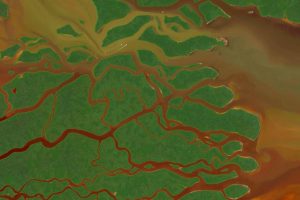 Florida is on the front lines of sea-level rise and will likely see stronger and more frequent storm surges and heat waves as well as more intense hurricanes and other extreme weather events. These threats are increasing the strain on Florida’s aging energy, transportation, and water systems as well as other infrastructure that supports the state’s economy and the daily lives of Floridians. Based on insured value, Florida’s coastal properties are the second-most vulnerable to hurricanes among U.S. coastal states. In addition to the human toll of such disasters, businesses and residents lose money when hurricanes knock out the power or damage roads, leaving people in the dark and unable to get to work. Hurricane Irma caused a staggering $50 billion in damages and is projected to cost Florida’s state government roughly $442 million. Additionally, 72 Floridians died as a result of the storm, including 12 nursing home residents left for 62 hours in rooms that reached 99 degrees after air conditioning cut out due to a loss of power.

Florida’s growing population puts additional pressure on the state’s already overburdened infrastructure, which received a C grade from the American Society of Civil Engineers. For example, traffic congestion and delays cost each commuter in Miami and Orlando at least $1,000 annually. While modern and efficient public transit can substantially reduce traffic jams, 98 percent of commuters in Florida do not use public transit because they lack access to reliable, linked and safe transit services. In rural areas, mobility options are mainly limited to driving personal vehicles, which not everyone can afford and are expensive to maintain. In fact, the condition of Florida’s transit system ranks 19th nationally, just behind Georgia. These problems are particularly hard-felt in low-income areas, indigenous communities, and communities of color that are already overburdened by the legacies of historic inequities, pollution, and disinvestment.

As a state on the frontline of sea-level rise, Florida cannot afford to wait for federal action to implement workable infrastructure solutions that support the state’s economy and the daily lives of Floridians. The Trump administration has canceled flood protection standards, which would reduced infrastructure repair costs by baking resilience into federally supported projects, and continues to roll back environmental regulations that protect public health and Florida’s greatest asset—its natural resources.

The majority of Floridians demand a smarter and more forward-thinking response to the state’s pressing infrastructure and environmental challenges. In the absence of federal leadership, Florida’s policymakers have an opportunity to lead the way on building infrastructure that will support a strong, clean, and inclusive economy; improve neighborhood livability; and protect the air, water, and natural areas that voters deeply value.

For every $1 invested in building resilient communities and infrastructure, $6 are savedin future costs, including economic disruptions, property damage, public health crises, and deaths caused by extreme weather disasters. The Florida Future Fund would also create new jobs and improve local clean energy and community resilience job training programs. According to the U.S. Department of Transportation (DOT), every $1 billion invested in modernizing infrastructure over 10 years creates roughly 12,500 direct and indirect jobs. Based on this DOT analysis, if Florida state leaders dedicated the $1.3 billion needed to improve and connect its existing transit systems alone, it could create approximately 16,250 direct and indirect jobs.

State leaders could pursue several pathways to capitalize the Florida Future Fund. For example, they could issue state bonds; use a minor expansion of state revenue collected from the documentary stamps tax placed on real estate transactions, which is how the Florida Forever program was initially supported; and identify other potential tax revenues. The Florida Legislature could appropriate resources for the fund. In addition, state leaders could add a small future-ready surcharge to utility bills in order to support the fund, require a 20 percent project-cost share from local governments, and leverage philanthropic investments and federal funding as well as private capital raised by other infrastructure banks. The fund could also be eligible to tap into other pools of private capital that become available.

Lastly, all of Florida’s electric utilities, which contribute nearly half of all of energy-related carbon pollution in the state, could do more to support clean and resilient energy infrastructure. Well-designed public-private partnerships (P3s) with electric utilities could help to leverage limited public resources to improve the state’s energy security and expand renewable energy generation capacity.

The fund would be designed to invest in projects that create good jobs with fair wages. The fund would also be structured to meet high governance standards by establishing a fair and transparent project review process and strong investment criteria to ensure Florida Future Fund resources are well spent and do not inadvertently encourage unwise development in vulnerable areas. The fund would also require projects to be developed with meaningful and equitable public and stakeholder engagement. Lastly, the fund would call for project developers to design and implement strategies to ensure that changes in the cost of living would not displace low-income and long-time residents from their communities.

Ultimately, Florida’s leadership could also propose that Congress pass legislation to help capitalize State Future Funds in every state using federal funds to help modernize infrastructure in Florida and across the nation.

By creating a Florida Future Fund, state leaders can make giant leaps in smart and forward-leaning infrastructure and community investments needed to improve the safety, public health, and prosperity of all Floridians.

The authors would like to thank the following experts for their contributions to this column: Allison Cassady, Kevin DeGood, Guillermo Ortiz, Lia Cattaneo, Ryan Richards, and Will Beaudouin from the Center for American Progress; Caroline Lewis and Maribel Balbin from the CLEO Institute; Zelalem Adefris and Mayra Cruz from Catalyst Miami; Former Mayor of Pinecrest, Florida, Cindy Lerner; Alec Bogdanoff of Brizaga, Inc. and Sea Level Rise Ready; Alex Kragie from the Coalition for Green Capitol; Kim Ross of Rethink Energy Florida; Aliki Moncrief of Florida Conservation Voters; and Lauren Ordway of the Institute for Sustainable Communities.

This article was originally posted on the Center for American Progress.