Category five hurricane Irma, originally expected to hit us directly, actually missed Miami-Dade County, but its aftermath painfully exposed the inequality that plagues our community. From 70 percent of County residents losing electricity, to downed trees and powerlines littering our streets, to thousands of residents going hungry and suffering in the oppressive post-storm heat, the impact of the storm that missed us was not felt evenly across the County. Low-income and working poor communities, lacking the resources to provide for their own relief, struggle to experience the resilience many of us take for granted.

In response to community need, Catalyst Miami worked in coordination with the Community Emergency Operations Center (CEOC), organized by a coalition of grassroots organizations that collected donations and raised funds to purchase and distribute non-perishable foods, water, personal hygiene supplies, batteries, and other essential items in low-income communities. We worked with community-based organizations like Centro Campesino in Florida City, as well as the Culmer Center, the Black Police Precinct and Courthouse Museum, and the YWCA of Greater Miami in Overtown, where we provided lunch bags and hot meals to residents, and partnered with Legal Services of Greater Miami to help community members fill out applications for FEMA and SNAP replacement benefits and assess additional legal needs. We coordinated food and supply drop-offs at Allapattah, Liberty City, Miami Gardens, and Opa-Locka, and our staff and volunteers conducted community needs assessment surveys.

Being on the ground to provide post-storm relief to low-income and working poor minority communities has left us with a deep sense of urgency as we seek to address climate resilience through social determinants, including housing, economic opportunity, immigration, health care, an effective and affordable public transit system, and more. To many of us, the disturbing picture of extreme poverty exposed by the storm, has made quite clear that no amount of goodwill and resources will make for an equitable disaster response if there is no equity to begin with.

While doing outreach in Overtown, Phalange Brutus, Catalyst Miami’s Networks Coordinator, visited several housing projects; what he saw appalled him, “The poverty was not the result of hurricane Irma, but the result of decades of systemic disenfranchisement. The most pressing issue was the lack of power, closely followed by the lack of non-perishable food.” He also saw that everyone seemed confused about what FEMA covered and who was eligible. There was a lack of planning and execution of disaster preparedness. Brutus would later reflect that “… Irma exposed the deplorable conditions that many [in our community] face every day.”

Despite the fierce and persistent inequality that hindered the disaster response and exposed our ill-preparedness, we also saw a great deal of hope and promise in the combined efforts of many community residents, leaders, and organizations. In every neighborhood we visited we were met with a constant influx of volunteers eager to help their communities, even as they themselves dealt with the lack of power and information, intense heat, and the overall uncertainty of an agonizing recovery process. People donated supplies and money from all over the United States; churches, mosques, and other faith-based organizations turned their buildings into resource centers and sent their more abled members to check on their communities and provide relief, and Community Emergency Response Teams (CERTs) distributed bags of ice and cases of bottled water among their neighbors.

It would be remiss of us not to mention and be thankful for the support we received from Miami-Dade County’s District 3 Commissioner and from the American Red Cross, who provided hundreds of bags of ice and hot meals for distribution among community residents in Overtown and Florida City. The disaster response was inadequate in great measure because of the lack of coordination and collaboration between local and federal agencies and community leaders and organizations, which only highlights the urgent need of increased civic participation; such civic participation must go hand in hand with the political will to include community leaders and organizations in the decision making processes behind the allocation of funds and resources, disaster preparedness and recovery, and all other program and policy areas that have an impact on their lives.

Only once the most vulnerable among our residents are meaningfully engaged in the civic and political decisions that impact their lives will we be able to call ourselves a truly resilient community. Let’s work together to make that a reality. 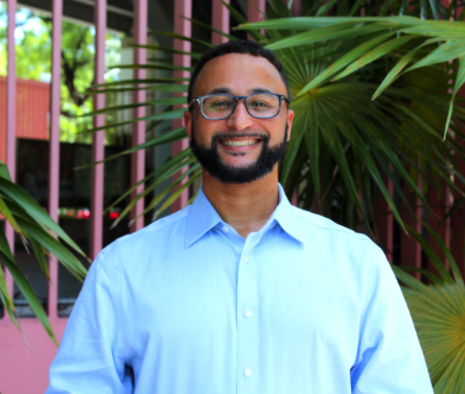