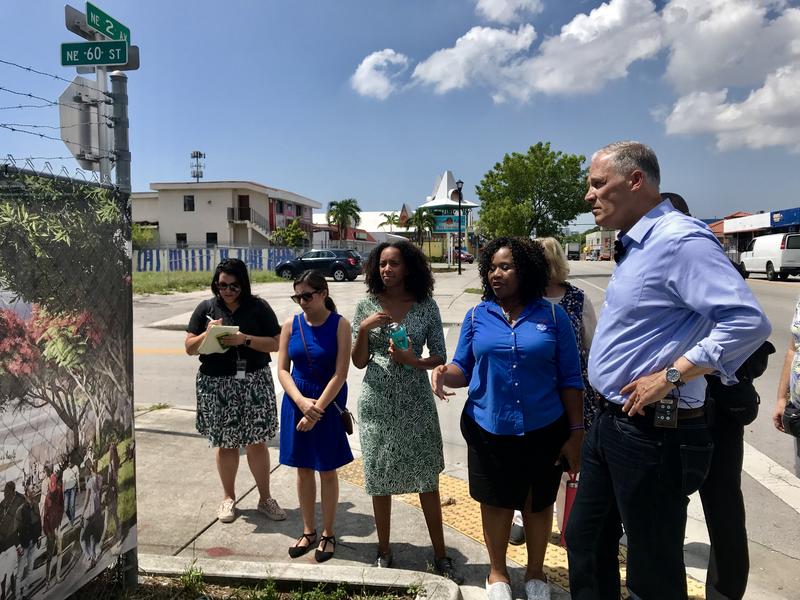 Inslee and community leaders walked around the Little Haiti Cultural Center to pitch his 100 percent clean energy plan and his campaigns focus on climate risk to neighborhood business owners and residents.

“I think it’s good for any candidate to come see the community especially those that are being impacted by those major challenges of climate change and gentrification and housing issues,” said Zelalem Adefris, resiliency director for Catalyst Miami.

Earlier this week, Inslee was in the Everglades to announce a plan that would combat fossil fuel pollution, called the “Freedom from Fossil Fuels” plan.

He referenced his clean energy plan and bid for president during his tour around the cultural center. 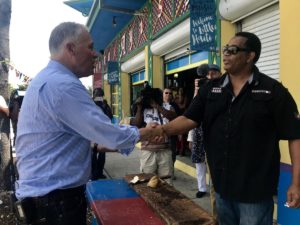 “That’s one of the reasons I’m fighting so hard to develop a clean-energy future, our only option is to defeat the climate crisis,” Inslee said. “We have to be victorious, because without victory there’s no survival.”

Inslee is one of 10 presidential candidates who will meet Wednesday night for the first round of Democratic debates, taking place at the Adrienne Arsht Center for the Performing Arts in Miami.

Inslee holds among the most detailed environmental plans among the Democratic candidates, including a plan for immigrants who have migrated because of climate change and climate resiliency for new transit projects.

Community leaders urged the importance of climate risk action. Dr. Armen Henderson, an assistant professor of medicine at the University of Miami, called it an “existential crisis.”

“You have to take into consideration everything that’s happening ground zero in Miami,” Henderson said. “Including drinking water, development, gentrification and education.”

This article originally appeared on WLRN.