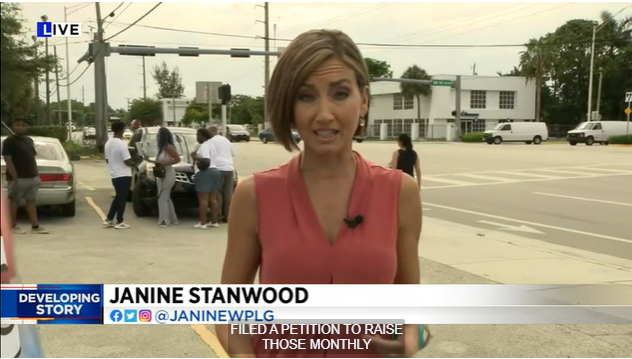 FORT LAUDERDALE, Fla. – Rachel Johnson is worried about the rising cost of living in South Florida. While feeling the pain of increasing rent prices, she has been advocating for more affordable housing for years. She recently joined a new fight.

Florida Power & Light is asking the state to allow a nearly 20% rate hike over four years. FPL claims the increase is needed to cover rising costs and the “typical” residential bill would remain “well below” the national average through 2025.

Johnson said South Florida residents need to speak up loudly against the rate increase during virtual hearings in June and July. A few other activists like her want the state officials who regulate the private utility to think about what is best for consumers who struggle with poverty.

“It’s so important that people understand that it’s just the light bill will be too damn high,” Johnson said.

On Thursday, Johnson stood near the intersection of Griffin Road and Southwest 29th Terrace to help raise awareness about FPL’s proposal in Fort Lauderdale. There was a similar demonstration outside of the FPL office at 4200 W. Flagler St., in Miami’s Flagami neighborhood.

Johnson said there has to be a way not to hurt the people who are already struggling to keep the power on and have fallen behind on their bills during the coronavirus pandemic.

According to the petition FPL filed in March with the Florida Public Service Commission, more than 645,000 Florida households were late paying their electricity bills in April.

The situation concerns Zelalem Adefris, Catalyst Miami’s vice president of policy and advocacy. She released a statement describing FPL’s proposal as “an affront” to low-income communities and communities of color.

Johnson and Adefris are asking residents to participate in the first of eight virtual hearings with the commission, which is scheduled at 10 a.m. on June 21. For more information about signing up to speak during the virtual hearing, visit this page. 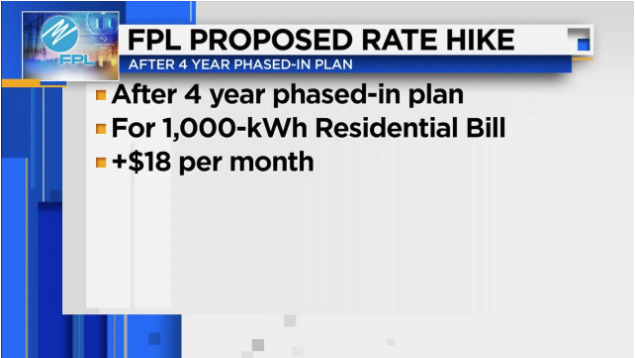 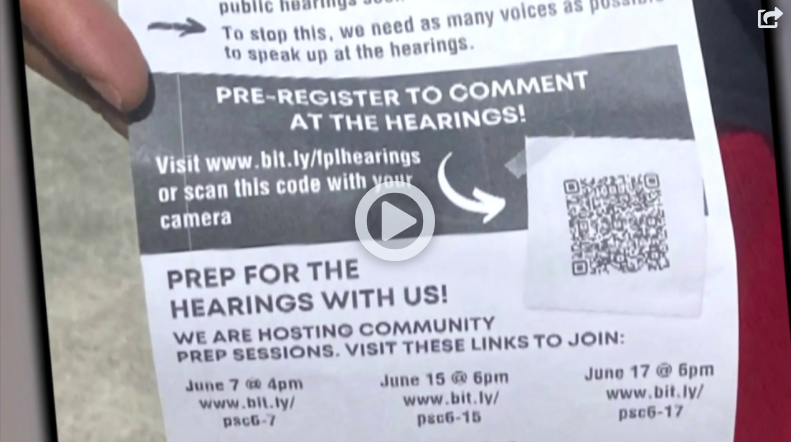