Heat Kills. But It Doesn't Have to.

This is how communities can protect their most vulnerable residents from the world's deadliest climate impact.

This article originally appeared on US News & World Report. 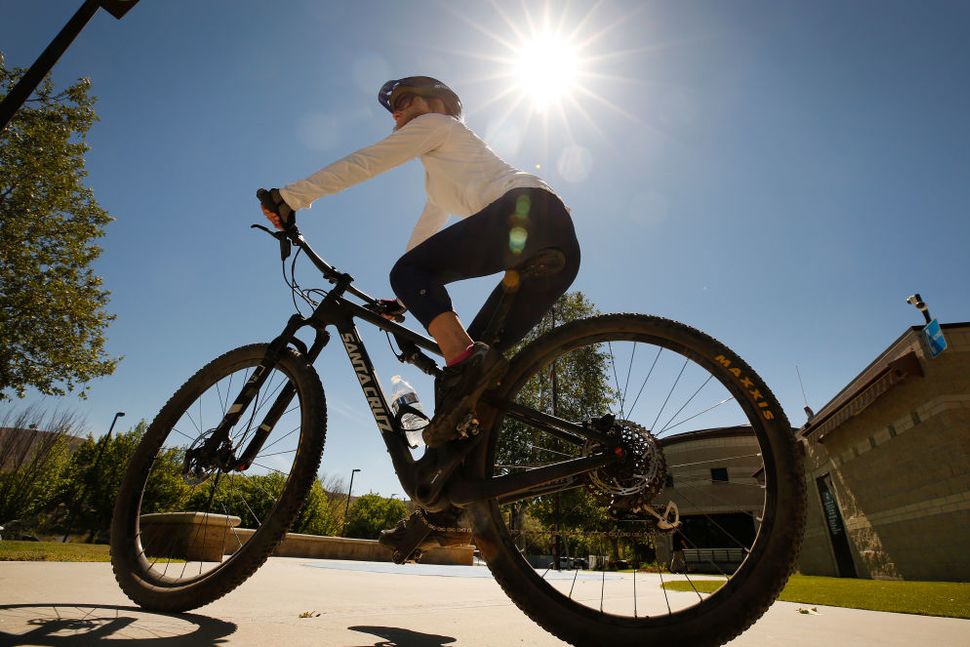 You probably didn’t know that today is National Heat Awareness Day. You’re not alone: Extreme heat doesn’t get nearly enough attention, though it is the deadliest climate impact. In fact, heat has killed more people in the last 10 years, on average, than any other weather phenomenon. Because of climate change, that toll is likely to grow—unless we take action. Fortunately, there’s a lot we can do to keep our cool in a rapidly warming world.

It’s hot, and getting hotter. Global temperatures have risen by two degrees Fahrenheit since the pre-industrial era; by the middle of this century, the mercury could rise beyond what our bodies can endure. Well before then, there is a growing risk from heat waves, which have increased in intensity, frequency and duration since the 1950s.

Extreme heat affects our health in ways both obvious and subtle. It can kill directly, by raising a person’s core body temperature (heat stroke), and indirectly, by exacerbating chronic conditions such as heart disease, respiratory illness, and diabetes. New evidence suggests that extreme heat contributes to poor pregnancy outcomes, including low birth weight and stillbirth.

But the toll of extreme heat does not affect all people equally; Black and brown communities are among the hardest hit. The rate of heat-related deaths for Black Americans is 150 to 200 times greater than for white Americans. Latinos in the U.S. are also more vulnerable, as they are more likely to live in Sunbelt states and to work in industries—like agriculture and construction—that put them at higher risk.

Here in Miami, Florida, with our steamy summers and vulnerable populations, we may be ground zero for heat impacts in the U.S. But we are also taking the lead in addressing the problem. The Miami Climate Health Equity Coalition, an alliance of community groups (including my organization, Catalyst Miami), physicians, and nonprofits is working to raise awareness of extreme heat and devise solutions. And we are not alone: Similar efforts are underway in communities across the country, from New York City to Missoula, Montana. While every community is different, here are some strategies that have proven effective.

Assess the problem, engage the people. Good policy starts with good data, but—given the extreme disparities in temperature within cities—you can’t tell how hot it is from the weather report. That’s why community groups are launching citizen science projects to collect on-the-ground temperatures where it matters most. In Miami, local residents and college students fan out with tiny heat-sensing iButtons, measuring heat in places where people congregate, such as bus stops and public parks. A similar project in Richmond, Virginia, called “Throwing Shade in RVA,” combined heat-data collection with STEM training for teens in affected neighborhoods. Armed with that data, these projects engage people in the hardest-hit communities, because those most impacted are best positioned to devise solutions.

Make home cooling affordable. During heat waves, people with low and fixed incomes are often forced to choose between running the air conditioner (if they have one) and paying for food and medicine. To bring the cost down, we can expand energy efficiency and weatherization programs, as well as affordable loan programs for solar energy and home improvement. Wraparound social services are essential to strengthen the safety net for vulnerable families. And providing free portable air conditioning units to those who can’t afford them can save on health costs—and save lives.

Protect outdoor workers. No one is more vulnerable to extreme heat than those who labor outdoors, picking our crops and building our homes. We can protect those workers by supporting legislation that requires employers to provide language-accessible training in heat illness prevention, as well as first-aid measures and access to clean drinking water and shade.

Expand access to green space. The difference in heat levels between rich and poor neighborhoods reflects a similar chasm in access to parks and green space. But groups like Groundwork USA are working to right this historical wrong, partnering with residents of underinvested neighborhoods in cities including Denver, Colorado and Elizabeth, New Jersey to make their communities greener and cooler.

Treat heat like other hazards. Despite its deadliness, extreme heat does not get the attention and focus it deserves. But that can change. In response to community pressure, Miami-Dade County recently appointed its first ever “chief heat officer.” On a national level, the Extreme Heat Resilience Alliance wants to raise awareness by naming and ranking heat waves, as we do with tropical storms (Katrina, Category 5). In any case, extreme heat should be part of disaster planning and response at all levels of government.

Support a just transition to 100% clean energy. Unless we take action to bend the curve of greenhouse gas emissions, climate change could overtake our best efforts to fight extreme heat.  That’s why we must rapidly shift to 100% renewable energy, while ensuring that those most impacted by the changing climate are first in line to reap the benefits of a clean-energy economy.

Here in Miami, we are on the frontlines of a changing climate. To our northern neighbors, the threat of extreme heat may seem as distant as palm trees and white-sand beaches.  But, as climate change advances, more American cities will experience Miami-like heat. For example, researchers predict that the climate in Washington, DC, will feel like present-day Greenville, Mississippi by 2080. On National Heat Awareness Day, all Americans should take stock of this growing problem—and take action to reduce its deadly toll.

Mayra Cruz is the climate justice director for Catalyst Miami and earned a master's of public health in environmental health sciences from Columbia University. She wrote this piece for Island Press, a nonprofit publisher that receives support from The Kresge Foundation. The foundation also supports Catalyst Miami.