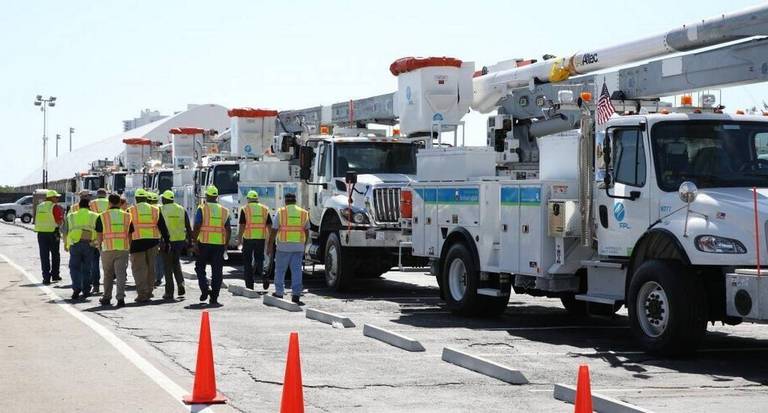 In less than an hour Tuesday, Florida’s utility regulators approved a record-setting $1.53 billion increase in rates for Florida Power & Light customers over the next four years, setting in motion an opportunity for the state’s largest electric utility to automatically raise customers’ bills, hitting residential clients hardest.

The unanimous decision puts in place a settlement agreed to in August by FPL, the state’s largest industrial users, solar advocates and the Office of Public Counsel. It will take effect on January 2022 bills and culminate in $4.86 billion in additional costs to customers by 2026.

Opponents — Floridians Against Increased Rates, residential customers Daniel and Alexandria Larson of Loxahatchee, the League of United Latin American Citizens of Florida, the Environmental Confederation of Southwest Florida, and Florida Rising — say the cost increases will impose added burdens on residents at a time when inflation, fuel costs and the cost of living in the state’s major cities are rising.

They say the decision violates Florida law and are considering appealing to the Florida Supreme Court.

The PSC, whose five members have never before voted on an FPL rate case, spent no time publicly discussing the major issues, although they did conduct a one-day hearing on some of the issues last month in which staff asked no questions.

During the brief meeting Tuesday, PSC Chair Gary Clark did not mention the cost increases that will hit every FPL customer’s bill but touted the fact that rates will be locked in until 2026.

“The fact that it establishes for us the predictability of the rates going forward for the next five years is certainly a plus,’’ said Clark, a former environmental regulator appointed to the commission by former Gov. Rick Scott.

“I think if homeowners, if businesses have some assurity going into the future that they have a stable rate climate, they can do their budgeting accordingly.”

Beginning in 2025, customers of Gulf Power, which merged with FPL in January, will see a decrease in their bill as a result of the settlement agreement.

The FPL equity ratio now will be the highest in the state and higher than the national average of U.S. state utility regulatory commissions of 51.62%, as measured by Morningstar.

Within 15 minutes of the PSC adjourning, FPL released a detailed press release featuring the major elements of the rate increase.

The company has invested millions in campaign contributions to elected officials from both parties, particularly the governor and legislators, who nominate and appoint the members of the PSC.

The settlement agreement was reached in August between FPL and the Florida Office of Public Counsel, the Florida Retail Federation, the Florida Industrial Power Users Group, and the Southern Alliance for Clean Energy.

Vote Solar and CLEO Institute signed the settlement in August after some of their requests were met. The Federal Executive Agencies, which represent the military and other federal programs in Florida, also supported the deal, and Wal-Mart neither supported nor opposed it.

“Backed by multiple consumer and environmental groups, this comprehensive agreement benefits all 5.6 million FPL customers and our state by keeping bills low and accelerating investments in clean energy,” FPL President and CEO Eric Silagy said in a statement. “Florida is a rapidly growing state” and the agreement “paves the way for FPL to continue delivering America’s best energy value — electricity that’s not just clean and reliable, but also affordable.”

$1 BILLION IN SUBSIDIES TO INDUSTRIES

One important feature of the settlement requires residential customers to subsidize a $1 billion decrease in costs for the state’s largest commercial and industrial businesses and also subsidize customers who sign up for FPL’s solar expansion.

FPL witnesses admitted before regulators that the agreement will cost residential customers disproportionately more than the rate increase imposed on the state’s largest businesses. Those businesses will pay 20% less than what FPL originally proposed when it filed its rate case in March, while residential customers see a decrease of only 2%.

That wasn’t discussed by the commission.

Witnesses for the group of consumer advocates demonstrated that residential customers would have been better off if the commission had approved FPL’s original proposal instead of the settlement that was offered.

For example, FPL admitted that its Solar Together program, which pays subscribers credits, will not expand for low-income customers while the greatest beneficiaries will be large commercial users, many of whom are on a waiting list to join the favorable program.

That wasn’t discussed by the commission.

Since FPL won a settlement in 2016, the number and kinds of business expenses on which the company can charge customers in its rate base has more than doubled as the company acquired Gulf Power Company, built new transmission and distribution lines, and expanded its solar business.

That also was not discussed by the commission.

“Obviously the regulator’s job is to grapple with all of the issues in a serious manner and take a hard look at what FPL and the signatories have presented,” said Bradley Marshall, lawyer for the consumer advocates. “We believe it is FPL’s burden to show that what they’re trying to do here is compliant with Florida law, and we don’t think FPL has met that burden.”

He added that in FPL’s brief in support of the rate increases, “there is hardly a word in there defending their enormous rate base. Their rate base has exploded.”

The opponents argued that by giving the company a midpoint return on equity of 10.6%, the PSC has provided an incentive for FPL to continue to expand its rate base so that it can reap profits from those expenditures.

For example, every time FPL expands a power plant, transmission line or distribution network, the PSC decision allows it to reap profit from those costs. For the first time, the PSC now also allows the company to put solar projects and electric vehicle charging stations into the rate base as well.

“Now they have lots of new revenue and a green light to add billions more to the rate base,” Marshall said. “We believe we proved that when FPL next comes in, because of the added rate base that is included in the settlement, customers will be facing higher bills.”

The agreement also allows FPL to raise rates to cover storm costs without having to seek the approval of regulators.

Clark appeared to agree with the consumer advocates whose witnesses demonstrated that the solar provisions are applied unevenly but he and other commissioners said they considered the settlement a take-it-or-leave-it deal.

“We’re continuing to subsidize these programs off the back of residential ratepayers,’’ Clark said. “To me, that is a negative in there. But at the same time, I see where we’re going in this state. I see where the [solar] demand is moving to, and I certainly understand the need for it.”

FPL said that participants in the SolarTogether program will receive $2 billion in savings, but it acknowledged that those savings are subsidized by other customers.

The SolarTogether program allows subscribers to voluntarily pay more on their electric bills to finance solar projects and in return receive credits over seven years. The settlement dedicates 40% of the solar expansion to residential and small business customers and 60% to commercial, industrial and governmental customers.

Mike Hightower, president of Floridians Against Increased Rates, a nonprofit that formed to oppose FPL’s rate hike, blasted the decision.

“This is a terrible day for FPL customers,’’ he said in a statement. “The Florida Public Service Commission just approved the biggest electric rate increase in Florida history and gave FPL the biggest profit rate allowed this year by any state regulatory body in America. Taking nearly $5 billion out of the pockets of Florida homeowners and businesses and handing it to FPL is not justified by the law, by the facts, or by any objective standard. We will review the order in the coming days to determine if we will file an appeal with the Florida Supreme Court.”

Nathan Skop, a former PSC commissioner and attorney for the Larsons, focused his criticism on what his clients believe was a “sell out” by the PSC and the Office of Public Counsel, which represents all ratepayers before the commission.

“The PSC has seemingly become a lapdog for rubber stamping utility rate hikes rather than being effective regulators of Florida utilities,’’ Skop said.

The decision by the PSC now allows the state’s largest utility to use a series of complex accounting maneuvers to shift surplus received from overpaid customer bills into its profit base instead of returning it in refunds, as the opponents suggested should happen.

Under a special arrangement the PSC gave FPL in 2012, if the company earns more than is allowed under law, it can credit the surplus funds against its amortization expense and thereby increase its total expenses enough to keep excess earnings.

FPL argued in its post-hearing brief that it is justified in receiving these beneficial financial terms because of its performance. “FPL’s strong financial position and access to sufficient liquidity have historically enabled it to react to adverse or unforeseen events in ways that minimize negative consequences for customers,’’ the brief said.

FPL further argues that the policy, known as reserve surplus amortization mechanism, or RSAM, “has been instrumental in providing the rate certainty and regulatory stability to enable FPL to significantly improve the value that we deliver to our customers.”

But opponents argued that FPL has used it in ways it was not intended and for the past three years has earned at the maximum of its authorized ROE range, 11.60%, by using depreciation credits to keep the surplus collected from customers instead of returning the money in the form of lowered rates.

In his remarks, Clark indicated that there are features of the agreement that he does not completely understand.

Referring to remarks made about it by Commissioners Andrew Fay and Gabriella Passidomo, Clark said: “They understood it a lot better than I did. They’re a lot smarter than I am.’’

He then endorsed FPL’s position on it. “That’s an extremely complex mechanism and it seems to have the benefit of contributing and adding to that rate stability that is going forward in the future,’’ he said.

Mary Ellen Klas can be reached at [email protected] and @MaryEllenKlas