On Higher Ground, Miami’s Little Haiti Is the New Darling of Developers

April 22, 2019
By Arian Campo-Florida and Laura Kusisto
By The Wall Street Journal

MIAMI—The Little Haiti neighborhood has never held much appeal to real-estate developers. Its inland location is flanked by railroad tracks and an interstate highway. It has long been home to working-class Haitian and other immigrants and mom-and-pop shops that cater to them.

Now, due in part to the area’s higher elevation in a city vulnerable to rising sea-levels, more property firms are flocking to Little Haiti. Investors are scooping up homes and industrial lots. Others are building office towers, trendy restaurants and hotels.

The new development has helped boost home prices in much of Little Haiti by 7% over the past year, nearly double the rate of Miami overall, according to CoreLogic Inc.

But longtime residents are worried they could become displaced as part of a gentrification wave that has already forced some out.

Prices have risen in neighborhoods with higher elevations, such as Little Haiti. 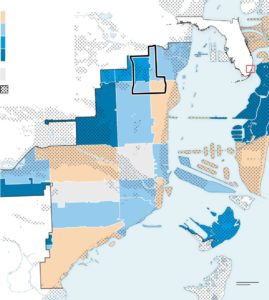 “Every day, we are seeing the impact,” said Marleine Bastien, executive director of Family Action Network Movement, an advocacy group in the neighborhood.

Residents in other low-income, higher-elevation Miami neighborhoods, such as Liberty City, Overtown and Allapattah, are worried that new development could make their neighborhoods more expensive, too. They also lie on a ridge that stretches from northern Miami-Dade County to the Florida Keys. Little Haiti sits at roughly double the elevation of affluent coastal areas like Miami Beach, which on average is 4 feet above sea level.

“With climate change a factor, that’s a multiplier to market forces already at play,” said Samuel Diller, executive director of the Haitian American Community Development Corp., which has teamed up with other organizations to create more affordable housing in the area.

The migration shows how rising sea levels are beginning to play a role in redrawing the residential map in South Florida, as some of those with means retreat from the seaside to the perceived safety of higher ground. 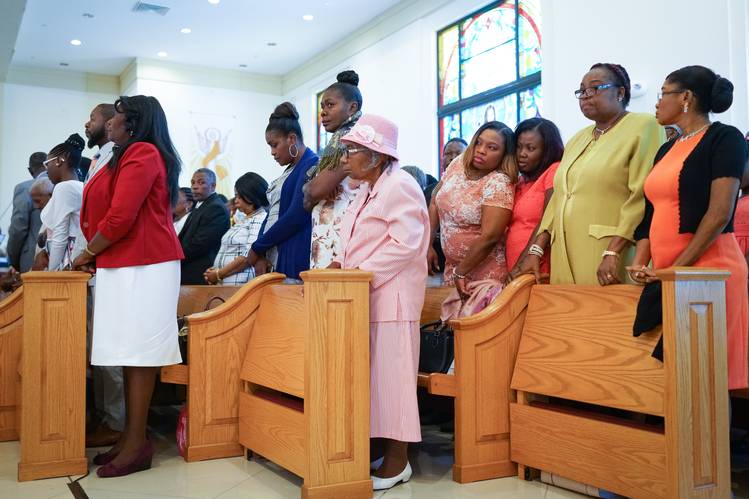 In November, Miami commissioners passed a resolution directing the city manager to research “gentrification that is accelerated by climate change” and to examine ways to stabilize property tax rates to allow people in affected areas to continue living there.

“As people move inland, we want to make sure there aren’t waves of displacement,” said Gretchen Beesing, chief executive of Catalyst Miami, which focuses on poverty and climate issues.

Jesse Keenan, a Harvard University professor cited in the resolution, released research last year showing that housing prices in Miami are beginning to increase more slowly near sea level than at higher elevations. He predicts the trend will accelerate as more people flee coastal hazards like nuisance flooding and rising insurance premiums.

Eugenie Noël, a Little Haiti resident for nearly three decades, lives with her four sons, aged 18 to 26 years old, in a two-bedroom apartment where they pay $850 a month in rent. She said the landlord has warned he may raise it to keep pace with the market.

“The neighborhood is changing,” said Ms. Noël, a 58-year-old housekeeper. “It is becoming very expensive for people like me to afford it.” 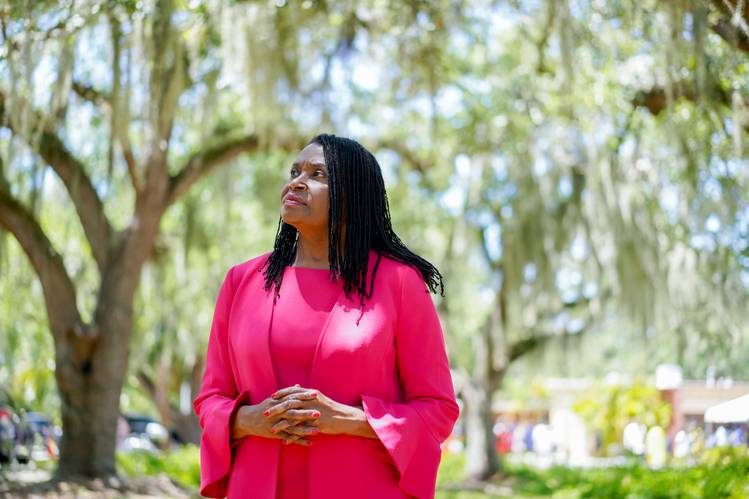 ‘Every day, we are seeing the impact,’ said Marleine Bastien, executive director of Family Action Network Movement, of gentrification.

On one street, strip malls that once housed restaurants, a tax-service business and tuxedo shop are being remade as sleek storefronts. Nearby, The Citadel, a complex featuring an upscale food hall and cocktail bar, recently opened.

Farther south, developers of the planned Eastside Ridge project are seeking city approval to replace an apartment complex with a large mixed-use development that has some 3,000 rental units, office space and a hotel.

Up the street, another team is proposing the Magic City Innovation District, which would convert 18 acres of industrial or vacant property into a campus with residential, office and retail components as well as cultural offerings overseen in part by Guy Laliberté, co-founder of Cirque du Soleil.

The developers have said in presentation materials regarding the city’s resiliency strategy that the site would be “an anchor for sustainable development given its location on a ridge providing resiliency to sea-level rise.” 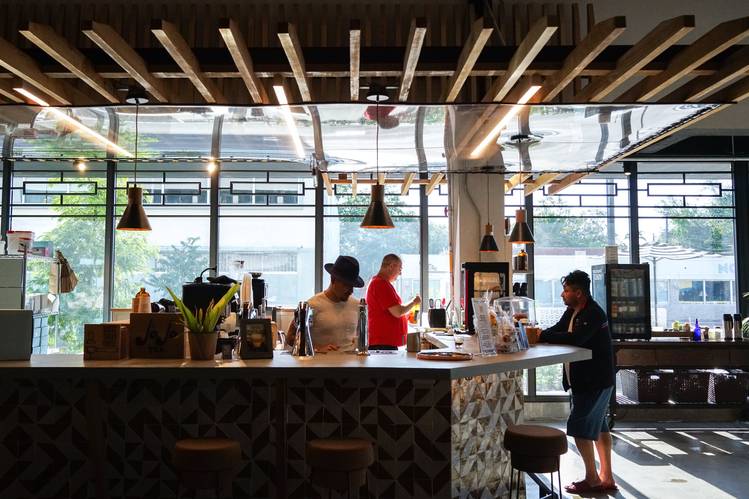 A bar inside the Citadel, a newly opened food hall just north of the center of Little Haiti. Miami is studying ways to deal with gentrification ‘accelerated by climate change.’

Representatives for both projects say developers aim to preserve Little Haiti’s cultural heritage and together will contribute tens of millions of dollars to a fund designed to provide more affordable housing.

Local organizations are also pursuing an initiative to create more housing options. Known as a community land trust and used for years in cities like New York and Cleveland, it is a nonprofit that buys up land to build housing that is leased to low-income residents at below-market rates.

A partnership among the Haitian American Community Development Corp., the South Florida Community Land Trust and Citi Community Development, which is affiliated with Citigroup Inc., is building a 13-townhouse project in the heart of Little Haiti. The partners held community gatherings to elicit input from residents on what features they wanted in the homes, such as open kitchens and gardens to grow vegetables.

This article was posted by The Wall Street Journal.