Source: This information is directly from the following two documents that belong to the ACLU of Florida: "What Did HB 1 Do?" and "Demonstrations & Protests."

Here’s what the law does:

Broadens the Definition of a Riot:

Many of the bill’s provisions are applicable when a gathering is deemed a “riot.” Law enforcement is given broad discretion in applying these laws. The law’s definition of riot is full of ambiguity. The law states:

A person commits a riot if he or she willfully participates in a violent public disturbance involving an assembly of three or more persons, acting with a common intent to assist
each other in violent and disorderly conduct, resulting in:

(a) Injury to another person;

(b) Damage to property; or

(c) Imminent danger of injury to another person or damage to property.

Therefore, it is unclear:

Because the law is unclear in these respects, we are concerned that law enforcement may adopt the broadest possible interpretation and thus interpret their authority to arrest individuals extremely broadly.

Once a gathering is deemed a riot, it can be deemed an aggravated riot, carrying up to 15 years’ imprisonment, if:

Once something is deemed a riot, no bail is allowed until first appearance (within 24 hours of arrest) and penalties are enhanced for:

Even if something is not deemed a riot, it could be deemed mob intimidation, which carries a penalty of up to a year in jail:

It is unlawful for a person, assembled with two or more other persons and acting with a common intent, to use force or threaten to use imminent force, to compel or induce, or attempt to compel or induce, another person to do or refrain from doing any act or to assume, abandon, or maintain a particular viewpoint against his or her will.

There is no definition of “force” or “threaten to use imminent force,” and we expect that law enforcement will interpret this very broadly.

(a) Incite violence or commit a crime against the person; or

(b) Threaten or harass the person, placing such person in reasonable fear of bodily harm.

Protects Those Who Harm Protesters

The law provides an affirmative defense in civil actions for personal injury, wrongful death, or property damage if the person harmed is shown to be a “participant acting in furtherance of a riot” by either conviction or a preponderance of the evidence.

What this means is that if a person is harmed at a gathering and sues the person who harmed them, the person they sue can claim they should not be held responsible because the injured person was rioting. The person sued would then have to show it was more likely than not (however slightly) that the injured person was rioting. If they succeeded, the person who caused the harm would not have to pay any damages even if it was clear they intentionally harmed the protester.

The law gives the Governor veto power over police budgets:

The law exposes local governments to unlimited damages liability after any gathering deemed a riot:

Take Measures to Protect Yourself

The right to join with fellow citizens in protest or peaceful assembly is critical to a functioning democracy. But it is also unfortunately true that governments and police have violated this right—by using mass arrests, illegal force, the criminalization of protest, and other means intended to thwart the right to free public expression, assembly, and association.

Can my free speech be restricted because of what I say—even if it is controversial?

No. The First Amendment generally prohibits restrictions based on the content of speech. However, this does not mean that the Constitution completely protects all types of speech in every circumstance. For example, threatening someone with violence is not protected. Additionally government officials are allowed to place certain reasonable, nondiscriminatory, and narrowly drawn “time, place, and manner” restrictions on the exercise of First Amendment rights. This means police and other government officials can reasonably restrict where, when, and how certain speech is expressed, for example, requiring a permit for a parade that requires blocking traffic or street closures. But any such restrictions must apply to all speech regardless of its content or speaker.

Where can I engage in free speech activity?

Generally, most types of communicative expression are constitutionally protected (subject to reasonable restrictions) in traditional “public forums,” such as streets, sidewalks, and parks. Additionally, your speech or expression may be permitted at other public locations that the government has opened up to similar speech and expression, such as the plazas in front of government buildings. Under the new law, local governments can still issue permits to allow protests and demonstrations that block traffic. If a permit has not been issued, anyone standing in a street blocking traffic commits a civil violation and can be issued a ticket for $15. Critically, under the new law, if law enforcement deems the gathering a “riot,” anyone blocking traffic by “force or threat of force” can be charged with the new felony “aggravated riot,” which carries a penalty of up to 15 years in prison.

What about free speech activity on private property?

Generally, the owners of private property may set rules limiting your free speech. If you disobey the property owner’s rules, they can order you off their property, and you may be arrested for trespassing if you do not comply.

Does the anti-protest law protect me if I get injured?

No. If you are hurt or your personal belongings are damaged, it’s possible that you may not be able to recover damages under the new law.

Do I need a permit before I engage in free speech and assembly activity?

Not usually. However, certain types of events require permits. Generally, these events are:

Many permit procedures require that the application be filed several weeks in advance of the event; however, the First Amendment prohibits such advance-notice requirements from being used to prevent rallies or demonstrations that are rapid responses to unforeseeable and recent events. Also, many permit ordinances give a lot of discretion to the police or city officials to impose conditions on the event, such as the route of a march or the sound levels of amplification equipment. Such restrictions may violate the First Amendment if they are unnecessary for traffic control or public safety, or if they interfere significantly with effective communication with the speaker or demonstrator’s intended audience. A permit cannot be denied because the event is controversial or will express unpopular views.

If organizers have not obtained a permit, where can a march take place?

If marchers stay on the sidewalks and obey traffic and pedestrian signals, their activity is constitutionally protected even without a permit. Marchers may be required to allow enough space on the sidewalk for normal pedestrian traffic and cannot maliciously obstruct or detain passers-by.

May I distribute leaflets and other literature on public sidewalks?

Yes. You may approach pedestrians on public sidewalks with leaflets, newspapers, petitions, and solicitations for donations without a permit. You may also set up a table on a sidewalk for these purposes if there is sufficient room for pedestrians to pass. These types of free speech activities are legal as long as entrances to buildings are not blocked and passers-by are not physically and maliciously detained. However, a permit may be required to set up a table or post signs. To avoid penalties for littering, make sure to properly dispose of any excess leaflets or other materials.

Do I have a right to picket on public sidewalks?

Yes, and this is also an activity for which a permit is not required. However, picketing must be done in an orderly, non-disruptive fashion so that pedestrians can pass by and entrances to buildings are not blocked.

Some local governments have required a fee as a condition of exercising free speech rights, such as application fees, security deposits for clean-up, or charges to cover overtime police costs. Charges that cover actual administrative costs have been permitted by some courts. However, if the costs are greater—such as requiring a large insurance policy—because an event is controversial (or a hostile crowd is expected), the courts will not allow it. Also, regulations with financial requirements should include a waiver for groups that cannot afford the charge so that even grassroots organizations can exercise their free speech rights. Therefore, a group with limited financial resources cannot be prevented from engaging in a march simply because it cannot afford the charges the city would like to impose.

Do counter-demonstrators have free speech rights?

Yes. Although counter-demonstrators should not be allowed to physically disrupt the event they are protesting, they do have the right to be present and to voice their displeasure. Police are permitted to keep two antagonistic groups separated but should allow them to be within the general vicinity of one another.

Does it matter if other speech activities have taken place at the same location?

Yes. The government cannot discriminate because of the controversial content of the message. Thus, if you can show that similar events to yours have been permitted in the past (such as a Veterans or Memorial Day parade), then that is an indication that the government is involved in selective content-based enforcement if they are not granting you a permit.

What other types of free speech activity are constitutionally protected?

The First Amendment covers all forms of communication including music, theater, film, and dance. The Constitution also protects actions that symbolically express a viewpoint. Examples of these symbolic forms of speech include wearing masks and costumes or holding a candlelight vigil. However, symbolic acts and civil disobedience that involve illegal conduct may be outside the realm of constitutional protections and can sometimes lead to arrest and conviction. Therefore, while sitting in a road may be expressing a political opinion, the act of blocking traffic may lead to civil or criminal punishment.

What should I do if my rights are being violated by a police officer?

It rarely does any good to argue with a street patrol officer. If you feel safe doing so under the circumstances, you could ask to talk to a supervisor and explain your position to them, pointing out that you are not
disrupting anyone else’s activity and that the First Amendment protects your actions. As soon as it is safe to do so, take notes of your interactions, including officers’ names and badge numbers. If you disobey an officer, you might be arrested and required to spend the night in jail before being released on bail.

Can I record the police?

Anytime you are in an open public space (for example, most public roads, public parks, and public beaches) where other individuals can witness what is happening, you can record the police as long as
you are not interfering with police activity. Always make sure that you have the right to be in that area. Make sure to stay a reasonable distance away from whatever activity you are recording, and do not interfere with the police’s actions while recording. 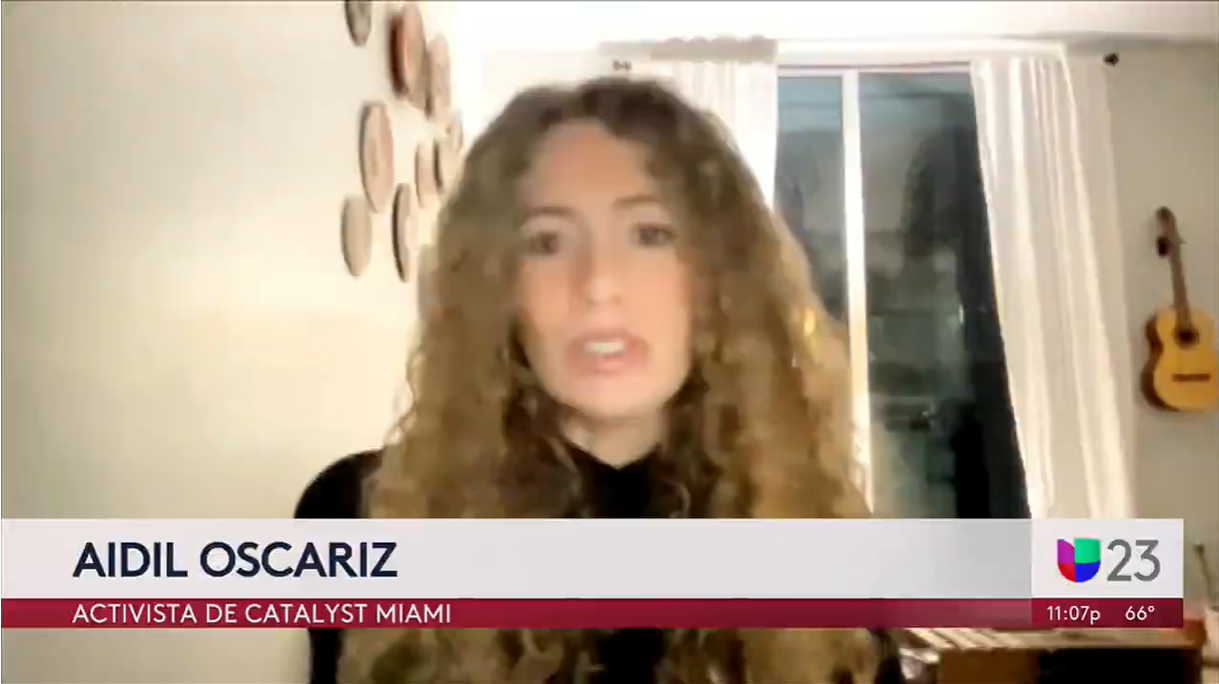