This article originally appear on The Hill on August 17, 2021. 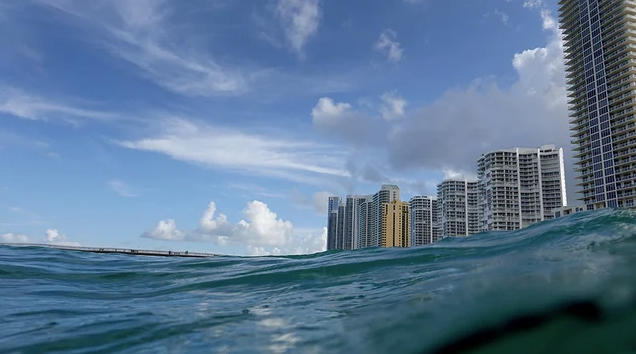 For many U.S. communities, the bleak predictions laid out in a new United Nations climate change report are more a reflection of the present and not just what’s to come.

Residents in places like Miami, Utah and Alaska say they are already seeing the consequences of rising sea levels, wildfires and higher temperatures, and last week’s alarming projections from a U.N. panel have those same residents bracing for more challenges.

The “report makes it glaringly clear that we really don’t have any time to waste when it comes to climate solutions,” said Carly Ferro, director of the Sierra Club’s Utah chapter, where residents have sustained wildfires and drought in recent years.

The report, which came out just days after July marked the hottest month for the planet on record, predicted temperature changes across North and Central America that are larger than the global average and increases in extreme high temperatures, increases in relative sea level rise along most coasts and more extreme storms.

In the central and western U.S., increased drought and fire conditions are likely, while the northern part of the continent, including Alaska, is expected to see “very large” temperature increases.

But residents, government officials and environmental advocates in various locations across the U.S. say they’ve already started to see the impacts predicted for down the line in the U.N. report.

Jacob Tobeluk Jr., a resident of Nunapitchuk, Alaska, said people are talking about relocating due to the intensity of flooding.

“One thing that we’ve been talking about is moving the entire village to higher ground because ... every time the water rises about a foot or two, the riverbank is overflowing with water,” he said.

It’s a common concern in Alaska.

A 2009 report from the from the Government Accountability Office found that a dozen Alaska Native villages were considering relocation, while 31 faced “imminent” threats.

Meanwhile, in the village of Napakiak, Alaska, they’re having to move buildings as riverbank erosion creates flood risks.

“Most structures ... that we have are located right near the Kuskokwim River and that’s where we’re having erosion problems,” said Napakiak official Walter Nelson, who coordinates efforts to lessen the flood risks. “Big buildings and the school, they have no choice but to demolish them.”

In the opposite corner of the country, South Florida residents say they’re also seeing the kind of climate impacts predicted by the U.N. report.

Natalia Brown, climate justice program manager for the advocacy group Catalyst Miami, said that while the U.N. report’s findings were important, they’re also the kind of conditions residents were “already experiencing and becoming aware of because of our lived reality here.”

“Some of those things are the flooding that we’re seeing, episodes of extreme heat and prolonged, dangerous temperatures, especially for those in our community who are facing housing, economic or energy insecurity,” Brown said.

Meanwhile, local officials have been developing plans to help the community prepare for the impacts of sea level rise, which can lead to flooding and erosion.

Galen Treuer, a resilience coordinator with Miami-Dade County, said the U.N. report highlighted the importance of the county’s adaptation and climate efforts.

“We need to double down on what we’re already doing,” Treuer said.

For residents out west, at least 97 active fires, including California's massive Dixie fire, are spreading across 13 states in what's shaping up to be one of the region's worst fire seasons.

The fires have prompted evacuations and destroyed thousands of acres and numerous houses. The smoke from the fires is also impacting the air quality in areas both near and far.

Ferro, with the Sierra Club in Utah, said last week that there were several days when she couldn’t go outside because of wildfire-linked smoke.

“Today was actually the first day in almost a week that I was able to walk the dogs,” she said Thursday. “As I was looking out my window for the past week or so, usually I can see the mountains. The mountains were absent. We were living in a cloud of smoke.”

Utah state Rep. Angela Romero (D) said that in order to combat the effects, she’s had to try to educate residents about air quality issues that are compounded by the wildfire smoke.

She said she hopes the U.N. report is a “wake-up call” on climate change.

“I don’t know if it’s too late to do certain things, but what can we do to be more proactive policy wise to make sure we have somewhere to live,” Romero said.