Originally published by Inside Philanthrophy 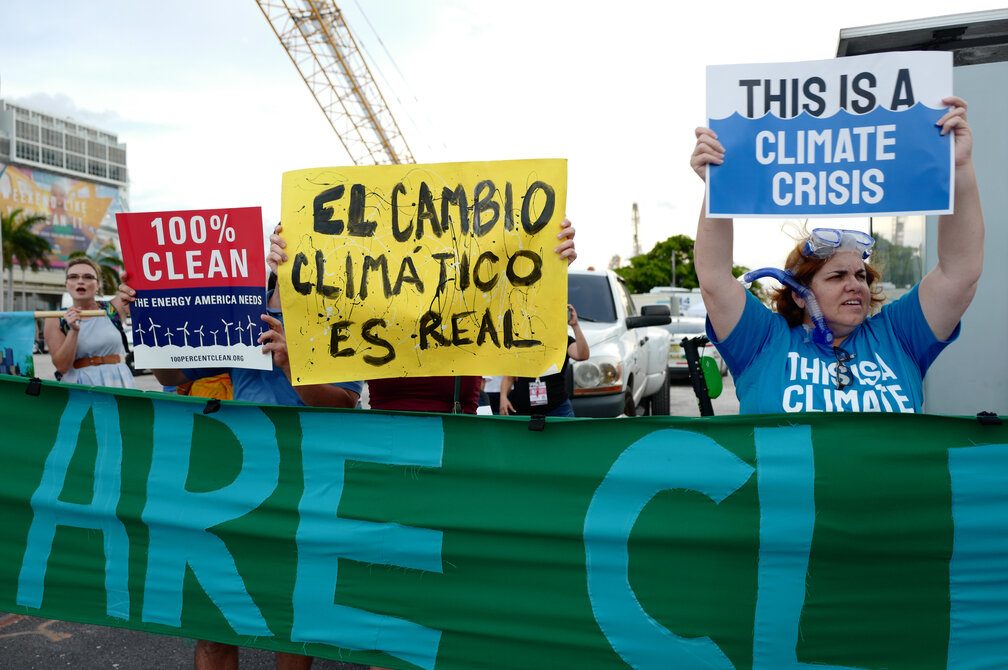 As the saying goes, “When white folks catch a cold, black folks get pneumonia.” Centuries of racist policy and practice mean that people of color are hit first and worst in every crisis. That’s true of the COVID-19 pandemic, which is disproportionately killing African Americans. And it is true of the ongoing crisis of climate change.

Consider this: Neighborhoods scarred by racist redlining practices are nearly five degrees hotter, on average, than their whiter, wealthier counterparts. As a result, those communities are literal hotspots for the urban heat island effect—the deadliest climate impact.

Environmental funders are increasingly aware of the need for a more equitable response to climate change. And in impacted communities across the U.S., local groups—often led by people of color—are tackling the twin challenges of climate and equity.  But for the most part, philanthropic dollars are not reaching those frontline groups. Today, about half of climate funding goes to just 20 national organizations, which are overwhelmingly led by white men.

The Kresge Foundation’s Environment Program is an exception. In 2014, Kresge launched the Climate Resilience and Urban Opportunity (CRUO) initiative, a five-year, $29 million effort that prioritized work led by advocates and organizers in frontline communities.

“We wanted to address the historic disinvestment in community-based organizations,” says Shamar Bibbins, a senior program officer at Kresge who led the CRUO grantmaking. “Our question was, what would look different if we provided significant, sustained funding to help those groups deepen their influence, leadership and capacity around climate change?”

A Path to Victories on Climate

The answer to that question is now coming into view. A recent evaluation of CRUO, conducted by Spark Policy Institute and Ross Strategic, affirms the value of Kresge’s approach. CRUO grantees scored impressive policy wins in their communities, regions and states. Collectively, they built a broader coalition and helped shift thinking about climate resilience.

Importantly, the CRUO grantees showed that investing in frontline communities is a path to victories on climate: “At a time when the U.S. has abandoned global efforts on climate change and there is either paralysis or attacks on environment at the federal level, this grantmaking strategy is working and winning,” says Rachel Leon, executive director of the Environmental Grantmakers Association (EGA).

There are several reasons for climate funders’ neglect of frontline communities. First, in the mid-2000s, many of those funders aligned with the Design to Win strategy, a policy agenda focused on reducing greenhouse gas emissions. That strategy called for technically focused, market-based solutions, establishing funding patterns that remain despite diminished prospects for such policy changes at a national scale.

Also, “There was a perception that highly local work couldn’t add up fast enough,” says Lois R. DeBacker, managing director of Kresge’s Environment Program. “And the reality is that it's difficult to get money to small organizations—it’s not easy to give away $18 million in $10K grants.”

There is sometimes a misalignment of scope: “Frontline community groups are often multi-issue, as they should be,” says Leon. “But historically, philanthropy has focused on very specific goals and metrics.” And funders question the capacity of local groups. But that is a “chicken-and-egg” question, says Leon, because foundation support would bolster local groups’ capacity.

More insidiously, grantmaking decisions are shaped by the less-than-inclusive culture of environmental philanthropy. “We hire people and they bring with them certain networks,” says DeBacker, “Many environmental grantmakers are white, and that influences the networks they have and know. And we have mental models of who we view as experts, those we go to for advice—and that creates unintentional, but actual, bias.”

Given those realities, Kresge’s approach was to “flip the frame” of their climate investments, says Bibbins. That meant changing assumptions, strategies and even the foundation’s culture of grantmaking.

As part of a foundation-wide pivot toward expanding opportunities in America’s cities, Kresge’s environment program was charged with developing a climate strategy that prioritized the interests of low-income urban communities of color. “So rather than funding mainstream environmental groups, hoping that they would strengthen their competency around equity, we decided to fund groups whose work was already grounded in equity, to deepen their engagement on climate,” says DeBacker.

CRUO’s grantmaking was divided into two phases. Nine-month planning grants enabled Kresge staff to work with a cohort of grantees as they devised strategies and identified areas for capacity building. Then, in the implementation phase, Kresge funded 15 of the 17 community groups from the planning cohort, focusing on those with the greatest likelihood of success.

Throughout both phases, Kresge worked to remain flexible and adaptive, allowing grantees to respond to changing conditions. This was particularly important after the 2016 election, which presented many grantees with urgent community needs and new political realities. That adaptive approach was supported by dialog with an external advisory committee and grantees, as well as other supports such as peer-learning funds that fostered learning and engagement across the climate-resilience field.

Community building and technical assistance were baked in from the start. In addition to support for local groups, CRUO made grants to a handful of national “field-building” organizations, including the Center for American Progress and EcoAdapt. And Kresge supported various mechanisms—annual convenings, peer-to-peer learning and special-issue convenings—that enabled those groups to learn from one another.

Those connections proved transformational on both ends. Frontline groups got access to the resources of national organizations; the national groups got schooled on the equity challenges facing local groups. As one field-building grantee told the CRUO evaluators, “We've learned tremendously from the first-hand experiences of place-based [organizations]… This knowledge has helped us to craft meaningful policy recommendations that policymakers and local advocates support.”

Kresge also took on what Green 2.0 has called “an overwhelmingly white ‘Green Insiders’ club” by hiring diverse, culturally competent staff. “We’ve hired people, like Shamar [Bibbins], who have really strong commitments to equity, and who have a lived experience of understanding how racism plays out,” says DeBacker. “The intensity of a commitment to equity, and the sense of urgency around it, is stronger for those who have lived it up close and personal.”

A Growing Record of Wins

Together, these approaches led to significant policy wins. In Portland, for example, several CRUO grantees (Coalition of Communities of Color, OPAL Environmental Justice Oregon, Native American Youth and Family Center) helped secure passage of the Portland Clean Energy Fund. The fund imposes a surcharge on retailers with over $1 billion in annual sales, generating $30 million a year for clean energy projects, job training, local food production, and green infrastructure. Crucially, the fund directs resources to Portlanders who are impacted by climate change but historically excluded from the emerging low-carbon economy.

In Fresno, California, the Leadership Counsel for Justice and Accountability worked with partners to redirect state climate funds to under-invested neighborhoods in West Fresno and secured new statewide guidelines that require community engagement and support in allocating those funds. In Miami, Florida, Catalyst Miami pushed city officials to ensure that the $400 million Miami Forever Bond includes a Citizens Oversight Board that represents the interests of the community and has a say in how bond money is allocated.

As frontline groups secure policy wins, they are producing tectonic shifts in thinking about the climate movement. “The grantees really forced us to expand our vision of what constitutes climate work, because they are coming at the work from such a holistic, intersectional approach,” says Bibbins.

That expansive vision has been embraced by other funders, notably the JPB Foundation, which supports the Institute for Sustainable Communities’ Partnership for Resilient Communities. Leon, of EGA, says that support for environmental justice issues among her group’s members has been steadily rising for the last few years.

Fundamentally, the CRUO initiative showed the value of investment in frontline communities—not only because those communities are most vulnerable in a warming world. Frontline groups bring invaluable assets to the climate fight—including trusted leaders, deep knowledge of local conditions and history, and hard-won experience fighting against inequity. Paired with philanthropic resources, frontline groups are poised to win on the entwined challenges of climate change and inequity.

This story originally appeared on Inside Philanthropy