This article was originally published in the South Florida Sun Sentinel.

Florida Power & Light and its parent company, NextEra Energy, on Tuesday unveiled plans to eliminate carbon emissions from its operations by 2045.

Critics in the environmental movement, however, say they’re skeptical the utility can achieve its goal without forcing consumers to pay higher rates.

In a news release calling its plan “the most ambitious carbon emissions reduction goal ever set by an energy producer,” NextEra said its plan would be achieved at “zero incremental cost for its customers, relative to alternatives,” meaning no more than what customers would otherwise pay. At the same time, delivery of clean energy will “substantially eliminate fuel price volatility and drive U.S. energy independence,” it added.

Pursuit of its goal could create 150,000 jobs and add $15 billion each year to the state’s economy through 2045, the release said.

FPL, with more than 5.7 million accounts, will lead NextEra’s transition through numerous initiatives:

Spokespersons for environmental organizations who read the announcement said they were skeptical about the investor-owned utility’s intention to follow through.

“Our partners in other states have also seen how utility goals are set to make a bold statement, while business-as-usual practices continue without meaningful transparency,” said Carolina Fernandez-Mazzoni, communications director for Catalyst Miami, an activist organization that opposed FPL’s most recent five-year plan to raise customers’ rates to generate a cumulative $4.9 billion over five years to expand power generation capacity.

According to S&P Global Market Intelligence, nearly all of the nation’s largest utilities have announced plans to convert to zero-emission power generation by 2050. Speaking to the website, Barry Rabe, a University of Michigan professor focusing on public and environmental policy, questioned whether the goals are realistic. “Emissions reduction pledges are relatively easy to make; they’re harder to deliver. And that’s been true for a long time,” he said.

“FPL is making some renewable energy investments, but they are not making a meaningful effort to address overreliance on gas,” she wrote. “We believe the major resource changes in these plans should be focused on shifting the means of generation to improve affordability. "

Bradley Marshall, senior attorney for the organization Earthjustice, said he doesn’t trust the utility’s pledge not to raise customer costs to fund the transition.

“If FPL’s history is any guide, FPL will continue to hike rates in order to increase its own profits,” Marshall said.

In a prepared statement, the Southern Alliance for Clean Energy said that while it’s “pleased” to see NextEra and FPL set an ambitious target, the plan lacks a commitment to boost energy efficiency “to help customers reduce their power consumption while saving money.”

The alliance also called on FPL to abandon its “attacks” on rooftop solar systems “as all forms of clean energy will be needed to meet these goals.”

FPL helped to author a bill during the most recent full session of the Florida Legislature that would have reduced buyback rates for excess energy produced by residential solar systems. While the bill passed the House and Senate, it was vetoed by Gov. DeSantis. But critics expect FPL to push another version of the bill during next year’s session.

[ RELATED: Get ready for your FPL bill to go up by $20 or more per month in January ]

NextEra and FPL announced the Zero Carbon Blueprint program as environmental organizations voiced opposition to a 10-year site plan that FPL submitted to the Florida Public Service Commission in April.

That plan proposed scaling up FPL’s power generation capabilities to meet peak demand consumption needs of an “extreme winter” weather event, similar to the one that paralyzed parts of Texas in early 2021.

In a report outlining the proposed site plan, FPL said that after studying how the multiday Texas freeze knocked out power for millions, the utility “could not be sure of its ability to serve all its customers if such a freeze occurred in Florida.”

Heating demands strained FPL’s delivery capacity during prolonged freezes in Florida in 1989 and 2010, the utility said. In 1989, customers were subjected to rolling blackouts — short periods during which power was shut off to even out distribution.

Since FPL absorbed Gulf Power, based in the Panhandle, the number of customers at risk of experiencing cold weather has expanded by about 450,000.

FPL is asking the PSC to approve its plan to delay retirement of five natural gas plants for use only in extreme winter conditions, and upgrade several other plants to increase their capacity. New storage batteries would be installed during the latter half of the 10-year planning period.

Catalyst Florida is urging the PSC to reject the plan, saying it would expand FPL’s fossil fuel infrastructure and “hike up ratepayers’ bills again for projects we don’t need.” 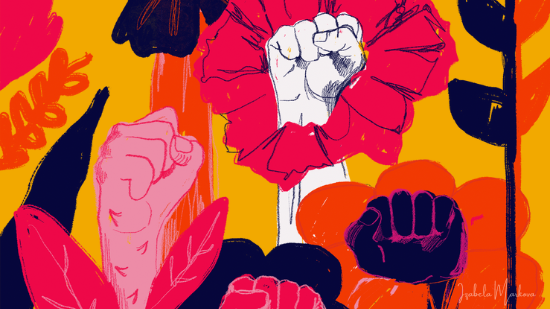