Catalyst Miami is incredibly proud of all our community members who attended our Dade Days of Action trip to Tallahassee from January 31-February 1, 2018. These leaders deserve great recognition for taking time off of work, leaving their families behind, bringing their children, and representing the voices of the most vulnerable in our communities.

Every story they shared with an elected official, every time they passionately advocated to expand healthcare or for a more just and equitable policy to protect tenants, consumers, workers, or our environment, gave us hope that change is possible. We know the time and effort they invested not only on this trip, but also preparing by attending workshops, reading about the issues and bills, and speaking to their neighbors and friends, will translate into better policies for our communities. One story, one meeting, one vote at a time.

Below are a couple personal experiences of the trip by two outstanding 2018 Dade Days Fellows. 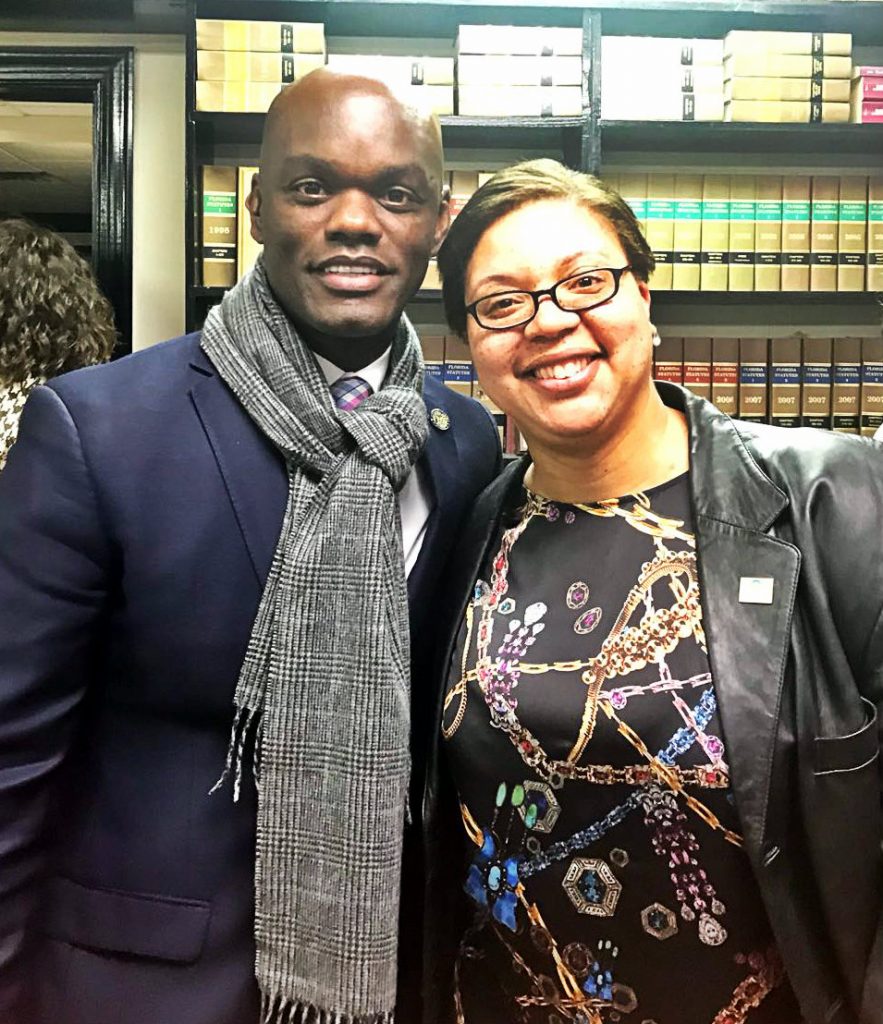 “Fired up… Ready to go!” they yelled in a call-and-response fashion as we left Miami on a full bus to Tallahassee.

They called me a newbie because it was my first trip with Catalyst Miami. As a newbie I was not sure what to expect but with that “Fired up… Ready to go!” battle cry, I expected something exciting.

The first stop in Tallahassee after room keys were issued was the Florida People's Advocacy Center (FL PAC) for a legislative update. The play on words was deliberate. As we were informed, FL PAC is leveraging the voice of the people rather than dollars for change. One thing that was clear about this stop was that every story told was a person’s truth, which in turn, was also that person’s source of power.

On the first morning in Tallahassee on the bus ride to the Capitol, again you heard, “Fired up… Ready to go!” It was calming to hear the words. It made you realize if the FL PAC visit and presentation did not confirm it that you are with folks that like you, want to see change, rather than just talk about change.

One memorable encounter was our meeting with District 117 Representative Kionne McGhee's Legistative Assistant, Mikhail Scott. The reason it was memorable is that he remembered me and the work I've done on behalf of veterans. It also taught me that you are always being watched. That people are seeing what you do, so make sure what you do is good. Mr. Scott took time to listen to the stories of everyone in the room even though his time was limited.

By the time we had lunch, I did not feel like a newbie. I felt like I had that fire and nobody could diminish my flame. That evening, I attended the famous Mambo Kings party for Miami-Dade County delegations. I really can’t put into words what it felt like seeing some of the same representatives, senators, aides, assistants, and so on in a more carefree setting. There was still talk of politics but now it included the politics of who will be named Mambo Queen. I also had a memorable experience that night. I managed to get a table with the Florida House of Representative Cynthia A. Stafford representing District 109th. She talked about topics that ranged from her children's initiatives to her being named Mambo Queen. She is also responsible for having me get to speak with Representative Kionne McGhee. Upon speaking with Representative McGhee he spoke of his work on the bill that will provide tax-free week for veterans. I was able to share my desire to have a nonprofit called Building Your Legacy that will provide tutoring and mentoring to veterans so they can earn a post-secondary degree.

The last morning in Tallahassee consisted of site seeing mostly. I still chuckle thinking about the birdhouse mansion that was at the Governor’s Mansion. It just looks like a birdhouse with lots of windows to me. I am still amazed at the Supreme Court library that still preserves books and does not replace them with modern technology. It was an amazing trip. I am fired up and ready to go next year.

Makissa Lewis is a disabled combat veteran whose passion causes her to be an advocate for women rights, youth development, veterans, and other underserved populations.

Joining Together in Advocacy is What It's All About, by Daniella Pierre 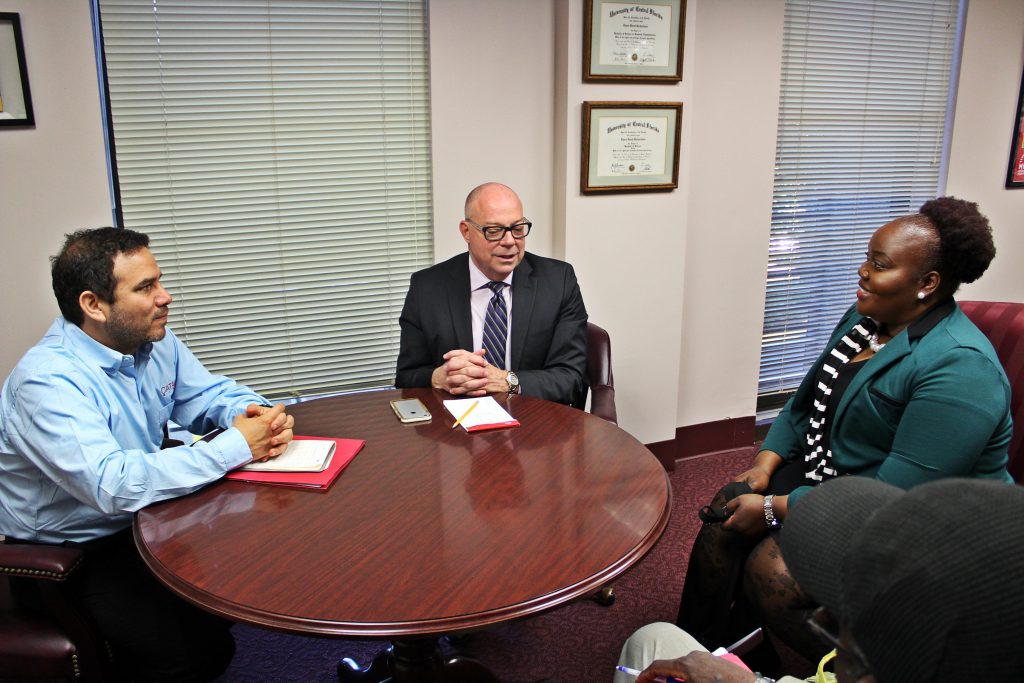 Being a part of Dade Days 2018 Fellowship provided me the opportunity to serve my community through advocacy. While there, I had the opportunity to speak directly to policymakers about what our issues are, locally. As a delegation, we were able to provide input on a series of bills in both the Florida House and the Senate that could potentially affect the way things happen in our communities. While some of the issues may not directly impact us all, showing support by joining together to raise awareness for others, is what advocacy and change are all about. Those are the moments that inspired me the most. I encourage all residents of South Florida to consider joining in and getting more involved, civically. Training workshops are provided that will help prepare you. All in all, it was a great experience for me and I look forward to serving again.

Daniella is a mother, thought leader and champion of affordable housing and homeownership. Because of the challenges with affordability and accessibility in the housing market, she lends her voice as an advocate for those who are priced-out of living where they work.