August 9, 2019
By Valerie Holford
From EarthJustice.org 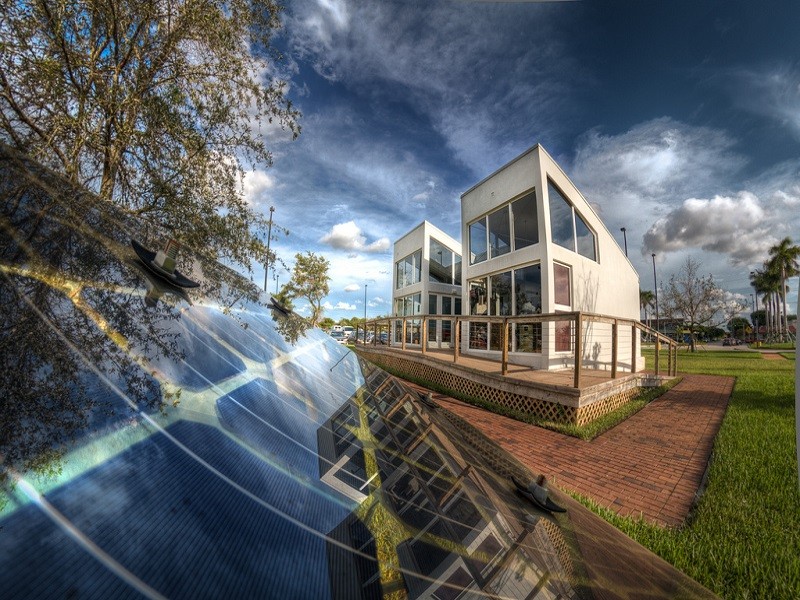 Community members, advocates, attorneys, and energy efficiency experts are convening in Tallahassee Monday in an effort to raise the ambition of the Florida Public Service Commission (“PSC”) during its energy efficiency proceedings. The PSC will decide whether to approve the alarmingly low utility energy efficiency goals — three of which are set at zero. Alternatively, they can require the utilities to set meaningful goals that help ratepayers save energy and money, and create thousands of new jobs across the state.

As required by the Florida Energy Efficiency and Conservation Act, the PSC must update its energy efficiency goals every five years for the state’s largest electric utilities including FPL, Duke, TECO, Gulf Power, OUC, and JEA. Concerns have been raised this year regarding the lack of transparency and public engagement after the PSC rejected a request to let the public speak at the proceedings taking place August 12-13 in Tallahassee. In order to be heard, community members will provide testimony to a court reporter and submit official transcripts for the record on Monday, August 12, from 10:00am - 12:00pm.

Florida currently ranks second from the bottom in the Southeast for energy efficiency and well below the national average according to a recent report by the Southern Alliance for Clean Energy. An investment of just one percent of utility sales can create as many as 100,000 good-paying clean energy jobs, as evidenced by state programs in Arkansas and North Carolina.

“As the nation’s oldest and largest Latino civil rights organization, the League of United Latin American Citizens in Florida is extremely concerned with the negative impacts of high energy burdens on Latinos, African Americans, and other communities of color in the state. According to reports, many low-income families pay almost three times more on their energy bills than their higher-income counterparts and the long-term impacts of higher energy burdens and this energy injustice translates into significant health and safety concerns. The public service commission must listen to the voices of ratepayers across the state and enact meaningful and robust energy efficiency goals that help lower costs for families already dealing with the impacts of dirty energy production, heat stress, flooding, severe weather phenomena, and other climate change related impacts.” - Mari Corugedo, State Director, Florida League of United Latin American Citizens

“In pursuing climate solutions, we all must strive for an equitable and just clean energy transition. New Florida Majority partners with and holds ourselves accountable to communities of color and communities that will be most adversely affected by the transition to a clean energy economy. No climate solution exists without frontline communities.” - Nancy Metayer, Climate Justice Program Manager, New Florida Majority

“For the past 23 years, Catalyst Miami has worked to identify and collectively solve issues adversely affecting low-wealth communities throughout Miami-Dade County. We have found that many of the low-income families that we work with are negatively impacted by high energy bills due to a poor quality housing stock. We urge the Public Service Commission to seize the opportunity to set meaningful conservation goals, thereby lowering bills and preparing communities for a clean energy future.” - Zelalem Adefris, Resilience Director, Catalyst Miami

“Income inequality is rising as fast as our rising seas (due to our changing climate) and many Floridians spend their whole lives working hard to give their families a better future. According to the United Way of Florida, in 2018, nearly half of Florida’s families “struggled to pay their bills and keep their heads above the fiscal waters. Setting robust energy efficiency programs not only will reduce bills for Low-Middle Income families, but will also reduce Florida’s energy costs while reducing its contribution to global warming” - Yoca Arditi-Rocha, Executive Director, The CLEO Institute

“Emphasis on increasing energy efficiency standards for utilities, now, would be the bold statement Florida communities suffering most under energy burdens need to hear. Such good news would be so liberating!” - David Sinclair, Member of the Steering Committee, Florida Interfaith Climate Actions Network

“Zero, or close to zero is not a goal,” stated George Cavros, Florida Energy Policy Attorney for Southern Alliance for Clean Energy. “If approved, the stunningly low goals would deprive over 6.2 million hard-working families access to utility-sponsored energy efficiency programs that help them reduce energy use and save money on bills — and cement Florida’s place at the bottom of state rankings of state’s that invest in energy savings for customers. We can and must do better.” - George Cavros, Florida Energy Policy Attorney, Southern Alliance for Clean Energy

“If you live in Florida, chances are your power bill is a lot higher than it needs to be. Our state is also really hard hit from the climate crisis. There’s a solution right in front of us that is being ignored. Utilities are fighting hard to avoid energy efficiency measures that can save Florida families money each month and can help protect the climate. State officials should stand up for Florida families by telling the utilities that the Sunshine state must be a leader in energy efficiency.” - Bradley Marshall, Attorney with Earthjustice who will be participating in the hearing. Earthjustice represents the intervenors, Southern Alliance for Clean Energy and the League of United Latin American Citizens.

“Climate change is here and affecting our health, economy, and way of life. And we are running out of time to do anything about it. We need urgent action from the PSC to reduce our state’s reliance on dirty fossil fuels and implement meaningful and common sense solutions to save energy and money for Florida’s families. It’s time the utilities did their part to address the climate emergency instead of focusing solely on their bottom-line.” - Aliki Moncrief, Executive Director, Florida Conservation Voters

“It is critical that we make clean energy a priority for Florida. Utilities must refocus on bettering the lives of Floridians and protecting the planet from the eroding effects of climate change.” - Patti Brigham, President, League of Women Voters of Florida

“We know that energy efficiency is the quickest, cost-effective way to reduce harmful air pollution that threatens our health. As climate change increases the number of deadly hot days in Florida, we need to take every step to prepare and protect ourselves.  I’ve worked with a patient who had Chronic Obstructive Pulmonary Disease, she had to choose between paying sky-high electric bills or breathing medication. Both of these problems are made worse by power plant pollution, and both of them can be addressed by Florida’s utilities fulfilling their duty to help customers lower bills with meaningful efficiency programs.” - Dr. Cheryl Holder, Co-Chair, Florida Clinicians for Climate Action

“I’ve had to cut back on other things to pay for my high power bill. The last bill for my 1100 square-foot home was over $300. I know someone who can’t even afford to use her air conditioning. The utilities should do more to help people save money on their bills by increasing their energy efficiency. A small investment in energy efficiency from utilities will have a huge impact on people’s bills. Saving energy also means the utilities don’t need to build more expensive power plants, which customers wind up paying for.” - Eliseo Santana Jr., a retired veteran from Clearwater who used to work in the Pinellas County Sheriff's Office.

“We cannot wait another 10 years to do what is feasible now. The public-at-large needs serious energy savings to reduce their energy bills and save money on bills, which are skyrocketing right now due to increased Heating Ventilation and Air Conditioning use based on the drastic rise of the number of extreme heat days in Florida. Goals of zero do nothing to help businesses or families.” - Albert Gomez, Vice President of Industrial Components

This article originally appeared on EarthJustice.org.