Miami Says It Can Adapt to Rising Seas. Not Everyone Is Convinced.

Officials have a new plan to manage rising water. Succeed or fail, it will very likely become a case study for other cities facing climate threats.

This story originally appeared in the New York Times on March 2, 2021.

By Christopher Flavelle and Patricia Mazzei

Officials in Miami-Dade County, where climate models predict two feet or more of sea-level rise by 2060, have released an upbeat strategy for living with more water, one that focused on elevating homes and roads, more dense construction farther inland and creating more open space for flooding in low-lying areas.

That blueprint, made public on Friday, portrayed rising seas as mostly manageable, especially for a low-lying area with a century of experience managing water.

Climate experts, though, warned that the county’s plan downplayed the magnitude of the threat, saying it failed to warn residents and developers about the risk of continuing to build near the coast in a county whose economy depends heavily on waterfront real estate.

“I’m not sure if it’s really owning up to the problems that are in Miami’s future,” said Rob Moore, a senior policy analyst with the Natural Resources Defense Council. He described the strategy as “just enough to reassure developers that Miami’s safe enough to build in, in the near term.”

The debate in Miami-Dade is part of a larger fight over how to respond to the growing threat of climate change nationwide. As floods, wildfires and other hazards get worse, disaster experts have increasingly urged local officials to reduce their exposure by encouraging people to leave vulnerable areas. But cities and counties often resist that advice, worrying that retreat would hurt their economies and upset voters.

That debate has been particularly intense in South Florida, which faces severe threats from climate change. In the Florida Keys, just south of Miami-Dade, officials recently said it wasn’t economically feasible to protect every home from sea-level rise because the small population didn’t provide enough revenue in taxes to pay for the projects. 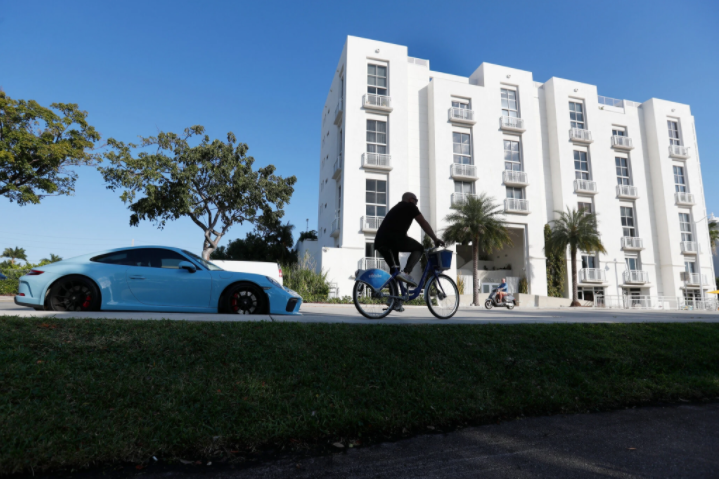 What happens in Miami will very likely become a case study for other cities and counties facing climate challenges. Among major U.S. metropolitan areas, it is perhaps the most exposed to sea-level rise, the result of its low, flat geography. And, with some of the most expensive coastal real estate in the world, it has an ample tax base to experiment with solutions — and also enormous economic incentive to dissuade buyers and investors from leaving.

Local officials say that doing nothing is untenable. By 2040, more than $3 billion worth of property could be lost to daily tidal flooding without action to reduce the threat, according to a report last fall by the Urban Land Institute. By 2070, that figure is projected to increase to $23.5 billion. But Katherine Hagemann, who heads climate adaptation policy for Miami-Dade, said it didn’t make financial sense to respond to those threats by pulling back from the coast or paying large numbers of people to leave their homes. It made more sense, she said, to try to keep those areas livable.

“You see a really high return on investment for adaptation now, to protect the macroeconomic situation in South Florida,” Ms. Hagemann said. “The cost of retreat in some of those places, if you were to buy them out at market value, would be really high.”

The county’s strategy focuses on a series of actions, noting that each comes with drawbacks.

Those include elevating homes on stilts, which lets water pass underneath during flooding. That approach can work well when constructing new homes, but is expensive for existing structures. And it doesn’t stop the roads that lead to the homes from becoming impassable.

Another way to raise homes and roads is to repeatedly truck in dirt and rocks from elsewhere, using it to raise the level of the ground itself when building or rebuilding homes. That approach, called fill, can simply push water onto neighboring parcels of land. And, as the blueprint notes, it “may be technically and financially challenging to raise a property on fill multiple times.” 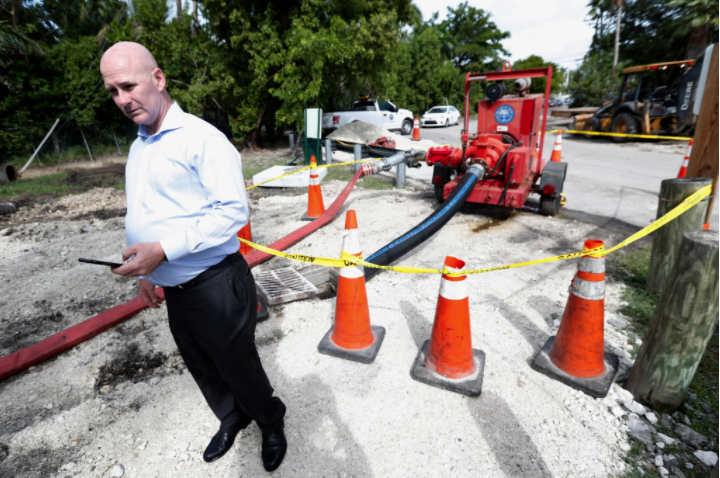 The strategy also calls for building denser housing on higher land away from the ocean. But those areas — which until recently were in lower demand than coastal property, but are now attracting more interest — are home to many of the county’s low-income families and people of color, and the document warns that they could be pushed out of their homes by rising costs, a phenomenon some call “climate gentrification.”

Yoca Arditi-Rocha, executive director of the CLEO Institute, a Florida nonprofit group that is an advocate for measures to protect communities from climate change, praised the county for acknowledging that the strategy could increase the risk of displacement for lower-income residents. “Wealthy and poor people in Miami-Dade County face different types of risks due to sea-level rise,” she said by email.

The answer is to build more homes for low-income residents, said Zelalem Adefris, vice president for policy and advocacy at Catalyst Miami, which works with low-income communities in the county. She urged officials to focus not just on adapting to climate change but also trying to reduce greenhouse gas emissions.

“We’re not going to want to dredge and fill forever,” Ms. Adefris said.

Mike Hernández, a Democratic political consultant who worked in communications for the previous county mayor, said the fundamental challenge was that elected officials have been reluctant to acknowledge the severity of the threat. He called the county’s new strategy “a best-case scenario.”

“When you’re saying adaptation, people will say, ‘OK, we’ll build around it,’” he said. “But what adaptation actually means — and that’s the scary part, I think, for many elected officials and administrators — is adaptation may mean ceding land. It may mean pushing people inland or putting up a barrier.”

“It’s unfortunately not going to be pretty,” Mr. Hernández said. 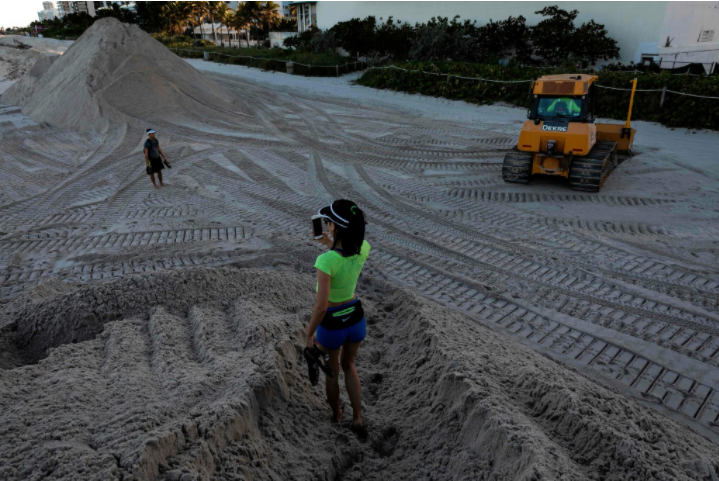