June 17, 2019
By Gretchen Beesing and Zelalem Adefris
By The Miami Herald 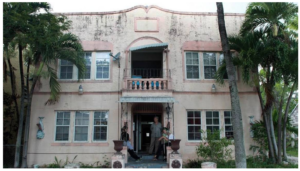 Many affordable-housing options in Miami, such as this building in Little Havana, are in poor condition. EL NUEVO HERALD

Miami-Dade County faces two critical and interrelated challenges: the affordable housing crisis and the increasing impact of climate change. These issues intersect at both the household and neighborhood levels.

At the personal level, an individual needs roughly $400 to cover water, food, and supplies for protecting the home in the case of a hurricane — cash hard to come by for the more than 1.4 million Miami-Dade residents who live in liquid-asset poverty, without sufficient cash to survive three months if an emergency results in loss of income. Low-wealth communities are particularly vulnerable, especially because physical and civic infrastructure is inadequate, and climate-related policies and the distribution of resources usually favor higher-wealth communities with more social and political capital. It also is easier access to state and federal assistance.

The challenge of finding, paying for and maintaining quality housing is much more difficult for low-wealth communities, which are predominantly communities of color. The Color of Wealth in Miami — published earlier this year by the Kirwan Institute for the Study of Race and Ethnicity at The Ohio State University, the Samuel DuBois Cook Center on Social Equity at Duke University and the Insight Center for Community Economic Development, with contributions from Catalyst Miami and others — estimated the median wealth for white, non-Hispanic households in Greater Miami at $107,000.

By contrast, South Americans and African Americans had $1,200 and $3,700 respectively, while other Hispanic groups and Caribbean blacks had slightly higher medians. Apart from non-Hispanic whites, Cubans held the highest median wealth, which was still only slightly greater than 20 percent of that of white non-Hispanic households. The study points out that differences in net worth are “more likely … driven by differences in asset ownership,” rather than debt, since debt was relatively level across groups.

The study also underscores how the challenges of low-wealth communities are made worse by climate gentrification, as higher-elevation land in the urban core — land found along the railroad and settled by the low-income people and immigrants who built the line — becomes in high demand. The pressure of development threatens to displace long-standing community members, many of whom were already struggling to pay rent.

Over the past year, with support from Citi Foundation and others, Catalyst Miami has sought to amplify our work at the intersection of community prosperity, social justice, racial equity and climate change by embarking on a new neighborhood-based approach that more directly addresses resilience-related concerns of low-wealth residents. Given the statistics on Miami’s housing crisis, it came as no surprise that residents of Overtown and other areas named housing as one of their highest priorities. From this community listening, and with support from Allegany Franciscan Ministries and The Miami Foundation, our new HEAL (Housing Equity, Advocacy and Leadership) training program emerged.

HEAL participants will develop an understanding of the complex history of housing inequity, advocacy and local affordability threats, as well as potential solutions and avenues to pursue them. The six-week program, open to residents 14 and older, will begin in Overtown on July 10, with one three-hour session each Wednesday evening. Sessions are tailored to community members; no prior experience is necessary — just an urge to improve the community. The accompanying youth course for ages 6-13 will feature hands-on elements of architecture, science, and design. The program is available in English, Spanish and Creole, with dinner provided. Additional cohorts will be scheduled in the months that follow.

HEAL’s educational aspect is only the start. Through HEAL, we’re building a pipeline of local leadership that will ensure that a diverse set of voices shapes our collective future. Graduates will be equipped to act as affordable-housing educators, leaders, innovators and advocates. As with conversations around climate change, housing affordability discussions are often data-driven. This is a good thing, but the voices of those directly affected must also be included. HEAL will enable a new wave of diverse, local leadership that will advocate for solutions that work for everyone.

HEAL will also employ a holistic, intersectional approach. The training will connect affordable housing to climate change, building upon Catalyst’s signature CLEAR (Community Leadership on the Environment, Advocacy & Resilience) program and promoting stronger ties between the affordable housing and climate movements. HEAL will also promote an examination of the relationships among availability/accessibility of quality, affordable housing and issues such as health equity and energy justice. This will be accompanied by efforts to boost cross-neighborhood collaboration, starting with an August workshop on energy efficiency with delegations from Little Havana, Allapattah, Overtown, Liberty City and more.

Despite the challenges, Miamians remain committed to their community. Local advocacy played a significant role when, in 2017, Miamians passed a $400 million bond that addresses affordable housing and sea-level rise. HEAL Miami will help keep the momentum going. Sign up today:www.catalystmiami.org/heal-miami.

Gretchen Beesing is CEO of Catalyst Miami and chair of the board of directors for the South Florida Community Development Coalition. Zelalem Adefris is resilience director at Catalyst Miami. 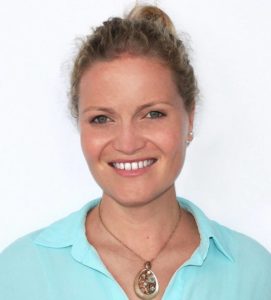 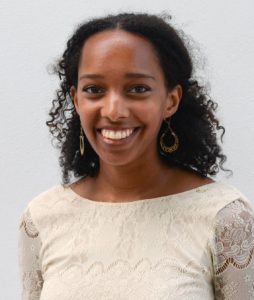