When employees are the boss, they make more, save more and are less likely to lose their jobs 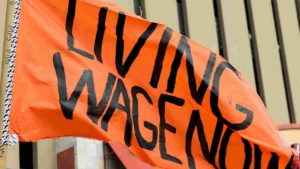 BY GRETCHEN BEESING AND MARIA ESCORCIA

For many Americans, the idea that workers can own and manage their own businesses may sound far-fetched, but the success of worker cooperatives as a business model argues for rethinking that assumption. To do that, JPMorgan Chase & Co. and the nonprofit human-services organization Catalyst Miami are joining forces to pilot a new program to support development of employee-owned businesses in Miami-Dade County. The pilot will be JPMorgan Chase’s first investment in worker-owned enterprises in Miami and Catalyst Miami’s first foray into cooperatives as a strategy to create economic opportunity for more Miamians.

With the pilot’s launch, Miami will join other localities where the employee-owned model is being recognized as a powerful tool for economic expansion. New York’s Worker Cooperative Business Development Initiative helped create 21 new co-ops in 2015; the City Council subsequently doubled funding for co-op development. From a global perspective, most European countries have strong worker co-op sectors: Italy has more than 25,000 worker co-ops, and Spain’s Mondragon Corporation includes more than 75,000 workers.

In Miami-Dade, co-ops offer a promising method for tackling poverty and economic inequality. Our metro area’s economic hurdles both mirror and surpass those of other major U.S. cities. A 2017 United Way report found that 61 percent of Miami-Dade households are either poverty-level or ALICE (Asset Limited, Income Constrained, Employed), meaning they “work hard, live above the federal poverty level and still cannot consistently afford the basics of housing, food, healthcare, child care, and transportation.” Prosperity Now’s 2018 rankings of U.S. cities in terms of residents’ financial health and stability placed Miami 62 out of 64.

Wealth in our region is also unevenly distributed. In 2013, Miami-Dade County reported the estimated median household income as $41,913. For white non-Hispanics, the figure rose to $64,976. For black non-Hispanics, the median was 51 percent of that, or $32,044; for Hispanics it was $39,674 (61 percent). This means some neighborhoods disproportionately carry the burden of economic hardship. For this and other reasons, JPMorgan Chase and Catalyst are committed to place-based approaches that boost family and community resiliency in cities, neighborhood by neighborhood.

Given Miami’s challenges, the proven benefits of co-ops shouldn’t be ignored. In a typical worker cooperative, each worker owns one share, with all shares owned by the workers. Recent evidence shows that, when compared to conventional businesses, this democratized management model offers higher wages, improved job stability (worker-owners are up to 75 percent less likely to be laid off), and roughly double the retirement savings. Worker co-ops also keep up to three times as much wealth circulating locally, increasing communities’ political and economic capital, and thus helping more people share in the benefits of economic growth. Immigrants, often hampered in the accumulation of assets because of the lack of savings and credit access, can also benefit. In addition, co-ops empower workers to address local needs, such as time off for a hurricane.

Co-ops may also offer a better way of doing business. A 2016 study conducted by Professor Virginie Pérotin of Leeds University Business School and produced by Co-operatives UK examined two decades’ worth of international data comparing the productivity of worker cooperatives to conventional businesses. The findings suggest the latter could produce more if they behaved more like co-ops. This is because when workers share a stake in the company as a whole, they are strongly incentivized to optimize performance.

The formation of more worker cooperatives in Miami-Dade will be the economic development layer of a new overall “Communities Building Resilience” initiative. With this new commitment, JPMorgan Chase builds on its long-standing support for tools that improve the financial health of underserved people in the United States and for Catalyst Miami’s work. Through the initiative, Catalyst will bring its financial capability coaching services and products, which include assistance with health-insurance enrollment and more, to where people live and work via neighborhood-based resilience hubs in five Miami-Dade communities. The hubs will address residents’ immediate needs while empowering them to confront the challenges ahead and advocate for solutions, especially concerning climate change.

Both JPMorgan Chase and Catalyst Miami are committed to helping more people share in the benefits of economic growth. To learn more, Catalyst invites members of the community to attend our upcoming Poverty Solutions Summit on Dec. 1. Local and national experts will share innovative community and economic development strategies and discuss how they can be utilized in Miami-Dade. For more information and to register, go to www.eventbrite.com/e/poverty-solutions-summit-tickets-51674019383. Together, we can change our community’s future for the better.