When a utility company would like to change the cost of electricity, it is required to “ask” regulators for their approval over a series of regulatory proceedings called a rate case. Utilities have continuously increased their rates over the past decades, revealing that the regulatory compact is deeply flawed. Abuse of monopoly power and corporate capture of regulators’ interests have forced households across the country to grapple with high and increasing energy-related expenses.

In March of 2021, FPL filed a proposal to the Florida Public Service Commission (PSC) to increase electricity base rates by approximately 20% over the next four years. FPL has to prove that the new rates are reasonable and necessary to maintain reliable energy services. The months-long case can be extremely inaccessible to follow, let alone engage in.

Catalyst Miami joined forces with Florida Rising, Earthjustice, Central Florida Jobs with Justice, Miami Climate Alliance, Sierra Club, 350.org South Florida, Florida Conservation Voters, and other energy justice advocates. We organized meetings to build strategy and met with partners to educate one another. The coalition set out to create meaningful opportunities for the public to collectively build power for utility accountability. We broke down the technical energy policy terms, misleading statements coming from FPL, and any procedural barriers in the case itself.

The more that utilities build large fossil-fuel infrastructure projects like gas plants, the harder it is to make effective cost-based arguments for clean energy. These companies have a vested interest in building out more pipelines and gas plants because their profits are tied to these capital investments. The prospects of distributed renewable energy offer more independence, political and economic power to our communities (their customers).

FPL defended proposals to invest in new fossil fuel infrastructure by citing growing demand for electricity and overemphasizing the funds allocated for outright unjust clean energy programs. In the public eye, FPL consistently brushed off responsibility for systemic energy injustices and put the burden of change on individual ratepayers being harmed as this rate case progressed.

Our communities know we cannot afford to continue investing in uneconomic and unsustainable energy infrastructure, and there is no shadow of a doubt that FPL has an overabundance of generating capacity to reliably meet their customers’ needs. Hundreds of Floridians who engaged with the coalition believe that it is unreasonable for our hard-earned dollars to be funneled into unnecessary investments that only contribute to FPL’s guaranteed returns. 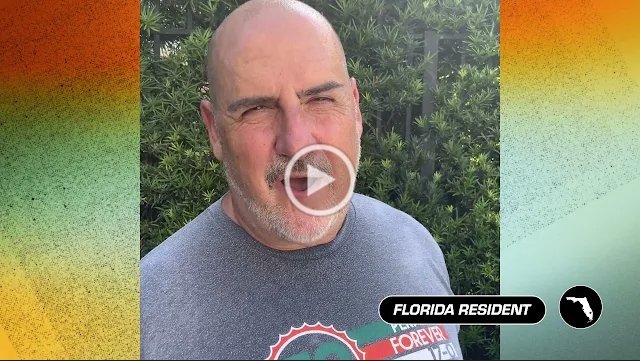 Throughout the rate case, FPL repeatedly stated that they are proud to “keep typical residential customer bills well below the national average through the end of 2025.” This misleading statement is based on the unrealistic and false assumption that the average customer for every utility uses an average 1,000 kWh per month. This assumption is inappropriate for FPL to use because their performance is far below average when compared to other large investor-owned utilities. In short, the average FPL customer pays for more than 1,000 kWh per month.